The 1941 Ford GP was Ford’s second prototype vehicle developed for the war effort. Small in size and light in weight, these new vehicles were designed to carry out a number of duties including quick troop transport, towing anti-tank guns and other light auxiliary and artillery pieces. Highly maneuverable and versatile in operation, these vehicles proved worthy right from the start. The Ford GP originated many of the design features that became part of the standard World War II Army Jeep®. Many features of the Ford GP found their way into the final wartime design.

This new revolutionary type of military vehicle played a major role in the nation’s defense effort allowing the soldiers to traverse any type of terrain. Most of the Ford GPs were eventually sent to England, Russia, and other Allies under the Lend-Lease program. 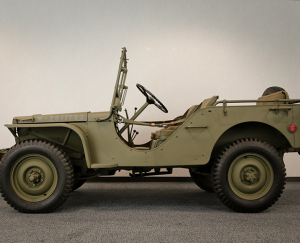 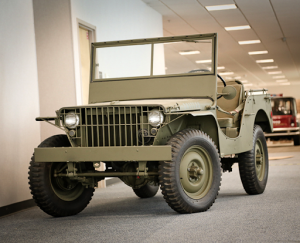