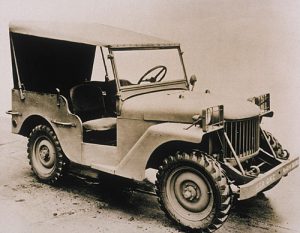 Willys “Go-Devil” engine, developed by Delmar “Barney” Roos. With 60 horsepower and 105 foot-pounds of torque, The Quad was the father of the MB, CJ series, and Wrangler.

The Jeep Willys Quad was the original Go Anywhere, Do Anything™ vehicle, made to answer the call of the U.S. Army for a light 4×4 reconnaissance vehicle to replace cars and motorcycles with sidecars. The army wanted a brand-new kind of vehicle. What they got, quite literally, changed the world.

The army specified that its preferred vehicle had to have four-wheel drive, a front-driven axle, and a two-speed transfer unit; it had to generate 85 foot-pounds of torque, seat three passengers, and produce 50 horsepower. After submitting a number of prototypes and manufacturing a limited production run, the Jeep Willys vehicle became the de facto vehicle of the army. The prototype turned into the Jeep Willys MA, and the next version, the Jeep Willys MB, became the final production model.

Part of what set Jeep Willys vehicles apart from other companies’ vehicles was its Willys L134 engine, nicknamed the “Go Devil.” It was more powerful than the engines of other companies, which ended up becoming a big factor in Jeep Willys eventually winning the bulk of the army contract. With a “Go Devil” under the hood, the Jeep Willys MB produced 60 horsepower and 105 foot-pounds of torque, well exceeding the army’s desires and the other manufacturers’ top benchmarks.

What really set the Jeep Willys MB apart, however, was its sheer capability and versatility. The vehicles served in every theater during WWII. They were outfitted with machine gun mounts and stretchers to transport the wounded. They helped lay telephone cables and carried generals and presidents. They were so reliable and rugged that they’ve been directly credited for helping the U.S. and Allied forces win the war.

There was once a time when a Go Anywhere, Do Anything vehicle was nothing more than an idea. The idea became a reality with the Jeep Willys prototype, and that reality has turned into a legend featuring the iconic Jeep brand vehicles past and present. 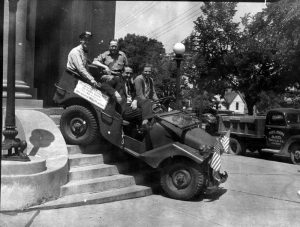 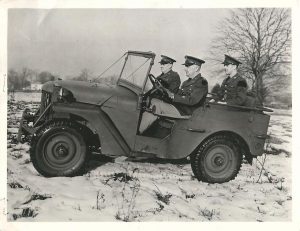 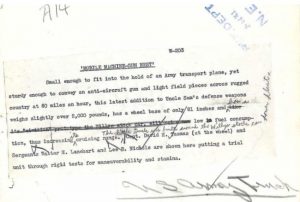 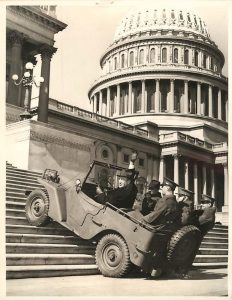 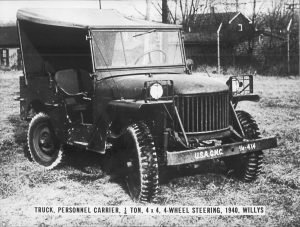