The SJ series Jeep Cherokee is a full-size SUV that was produced from 1974 through 1983 by Jeep. It was based on the Wagoneer that was originally designed by Brooks Stevens in 1963.

The Cherokee was a redesigned reintroduction of a two-door body style, with a single fixed rear side window with an optional flip-out section. Previously, a two-door version had been available in the Jeep Wagoneer line from 1963 to 1967, although this had the same pillar and window configuration as the four-door Wagoneer.

The Cherokee was marketed as the “sporty” two-door variant of Jeep’s station wagon. The term “Sport Utility Vehicle” appears for the first time in the 1974 Cherokee sales brochure. A four-door was not added to the lineup until 1977.

The initial, 1974 Cherokees were only available in the standard “narrow track” configuration as base models (Model 16), or top-of-the-line S models (Model 17). Later, the trim levels of the Cherokee included the S (Sport; 1974—), Chief (1976–1983), Golden Eagle (1978–1979), Golden Hawk, and Laredo (1980–1983). Golden Eagle and Golden Hawk were graphics packages; the Laredo was more of an upholstery package. For the final year only, in 1983 a new “Pioneer” package was standard on the four-door and optional on the two-door. Cherokee Chief and Laredo packages were still available, but only on widewheel two-door models. 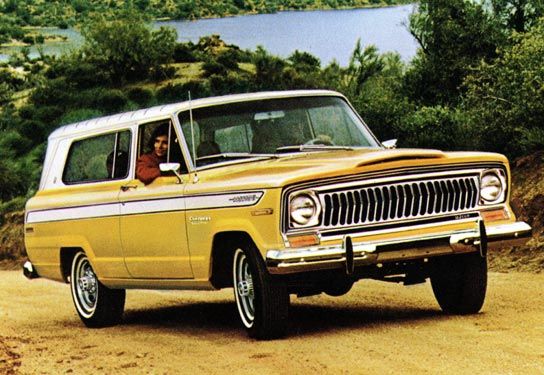 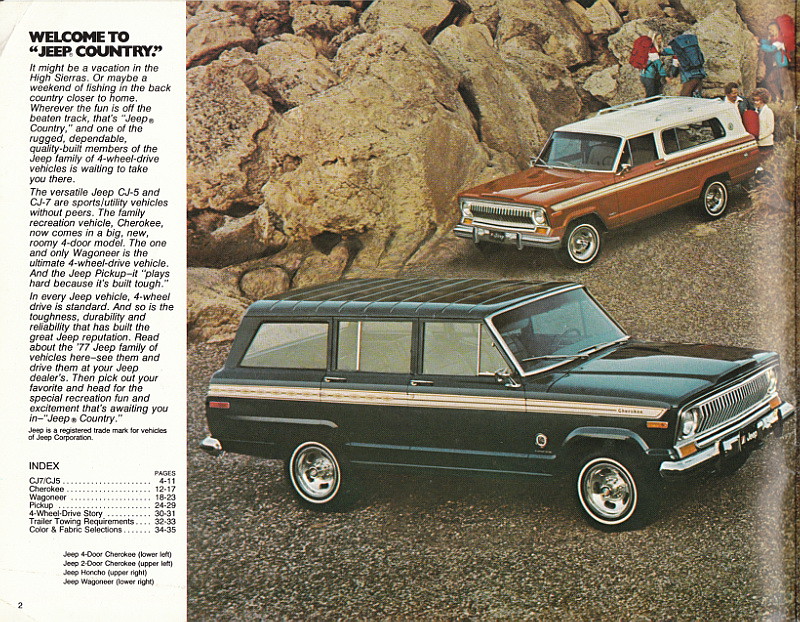 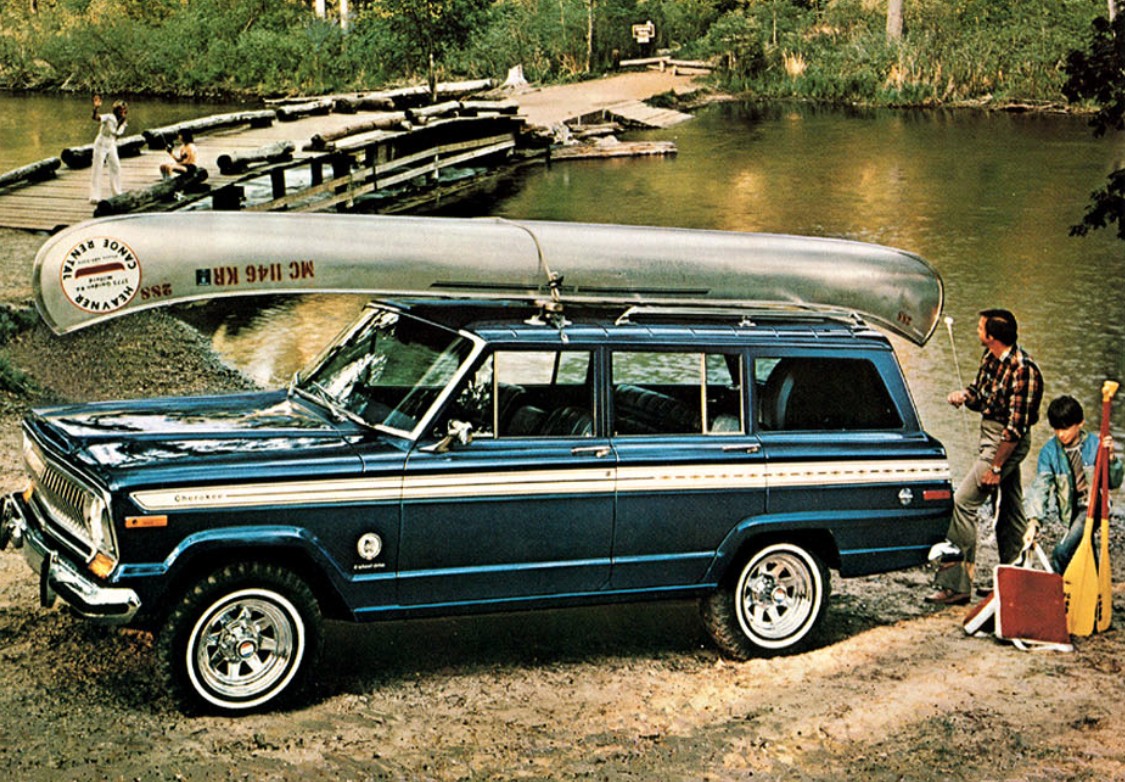 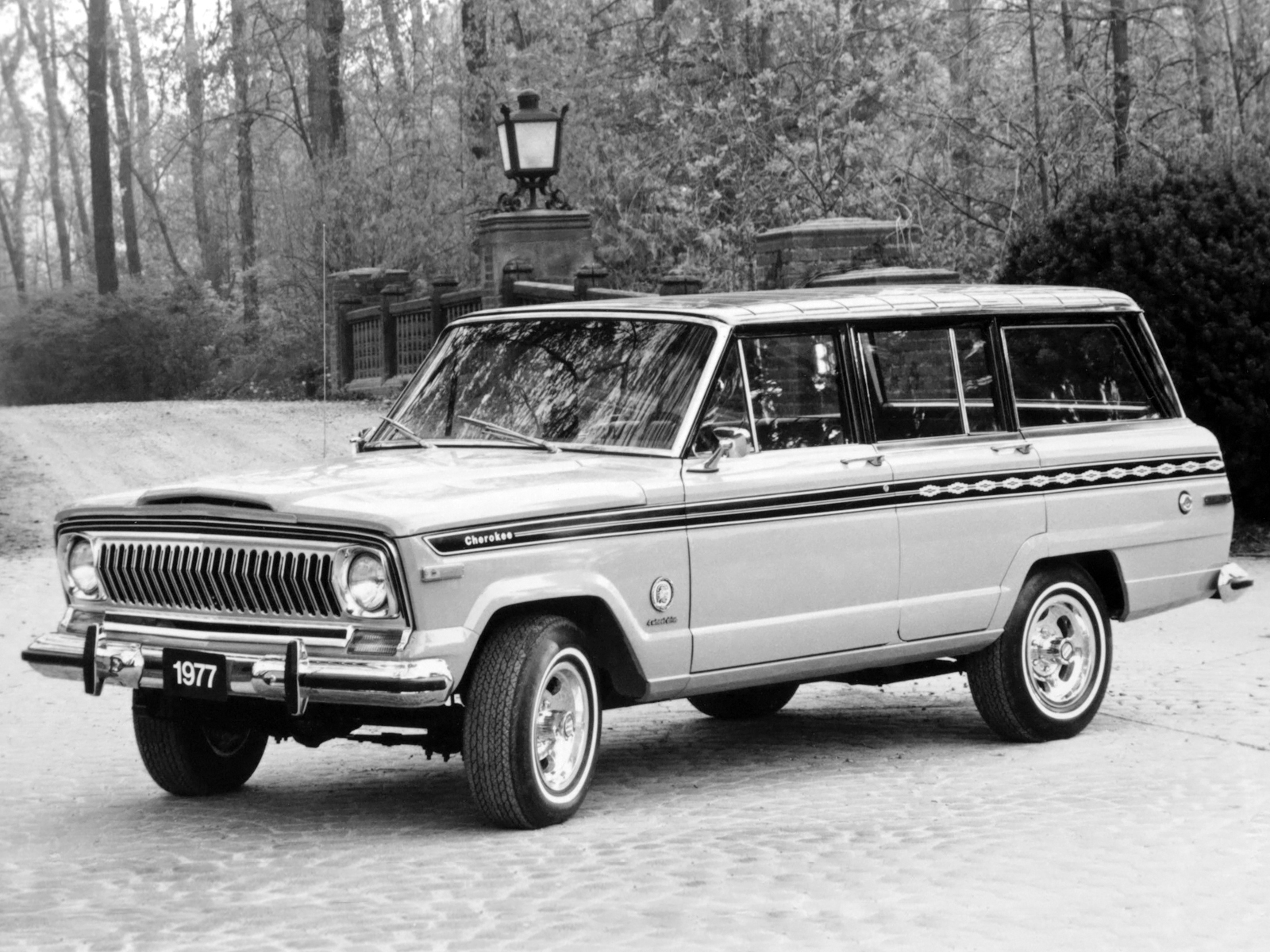 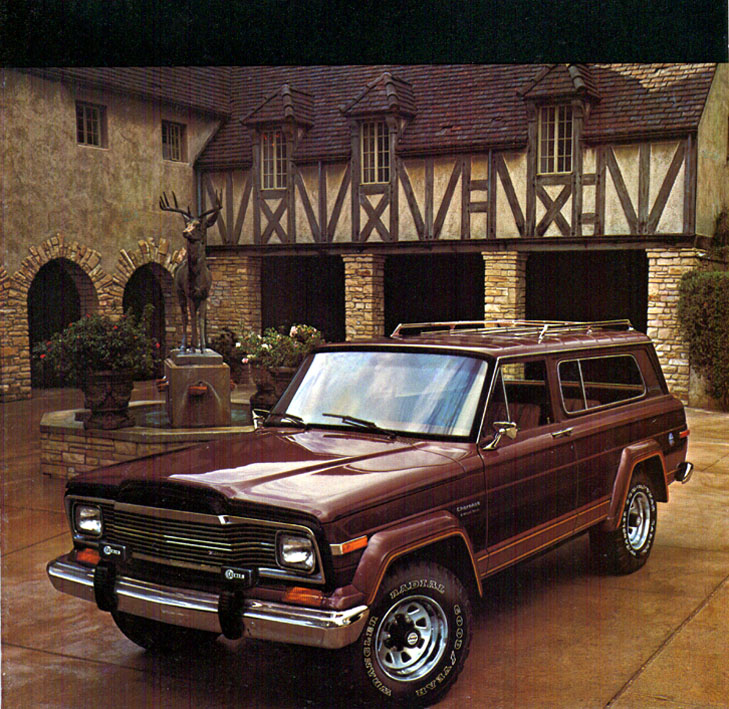 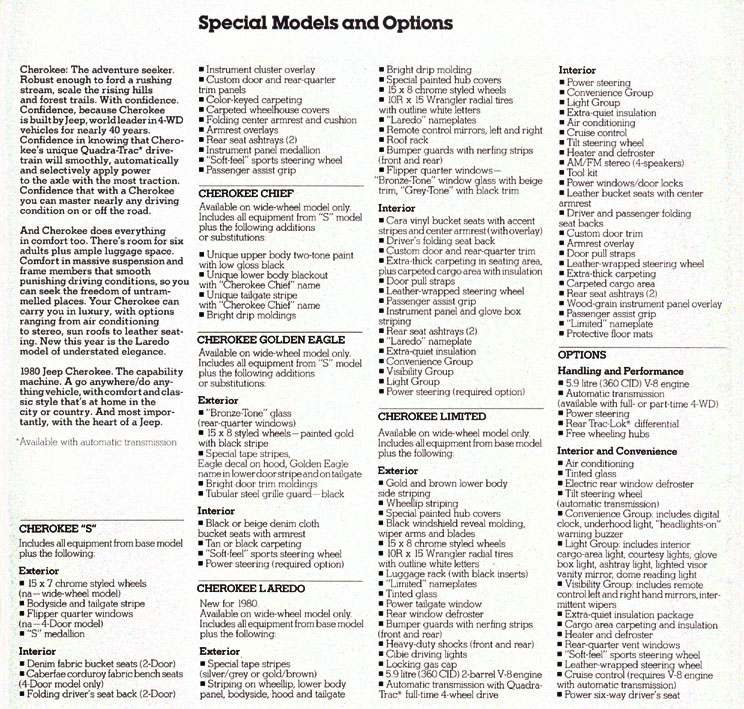 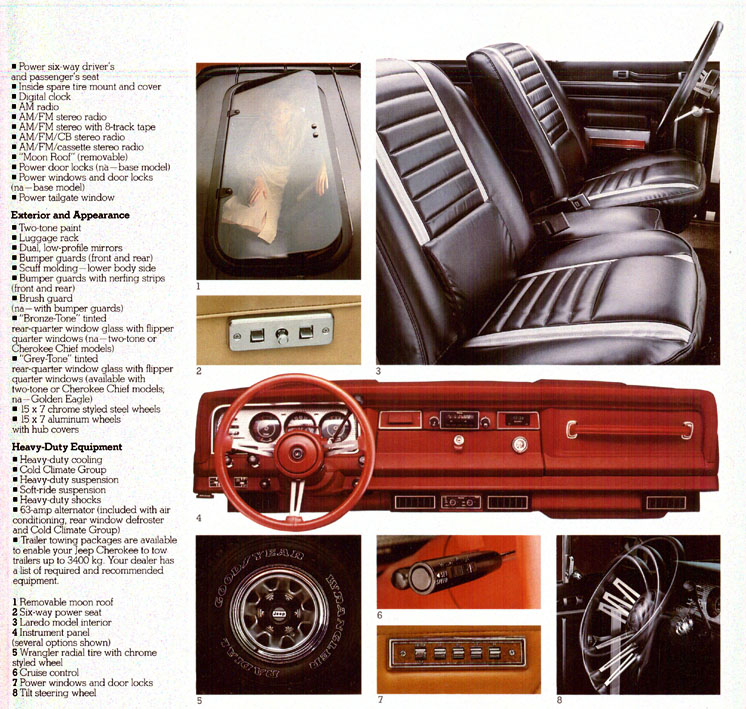 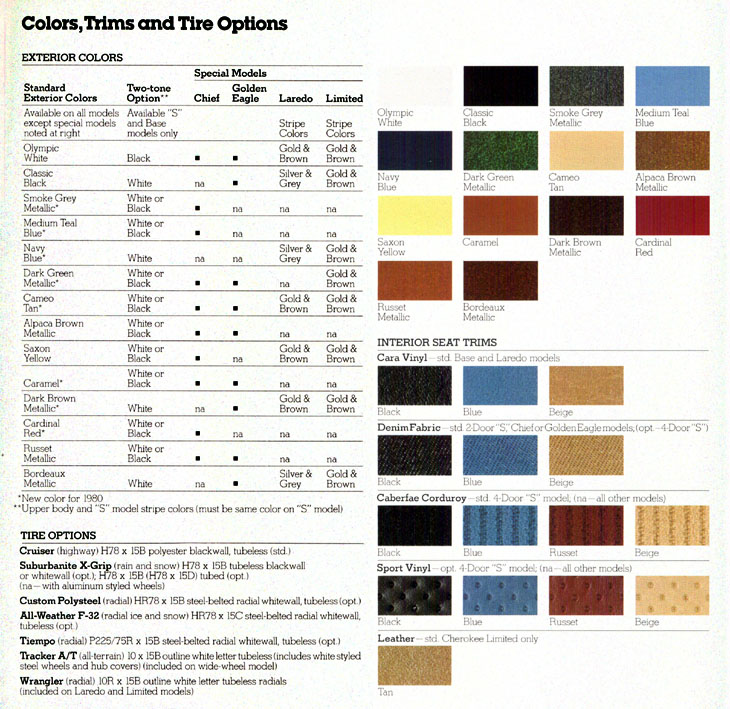 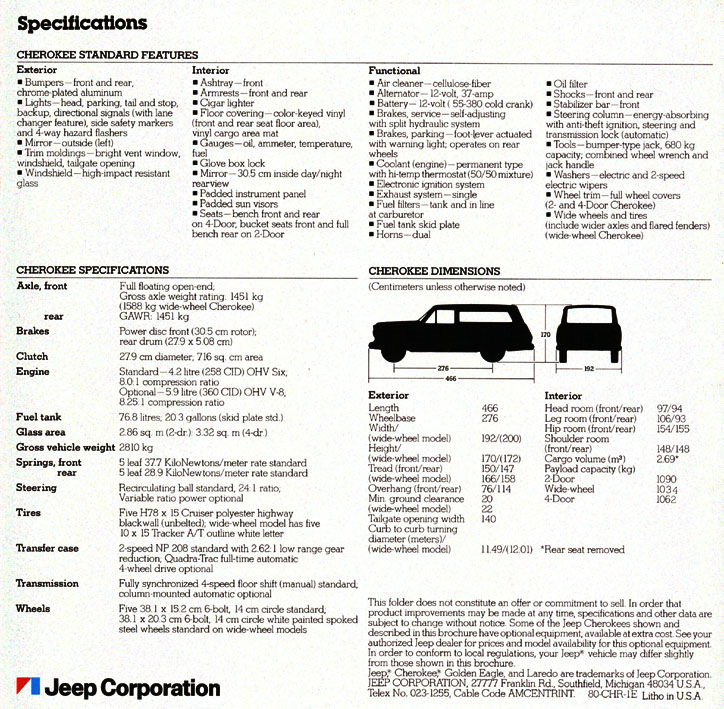 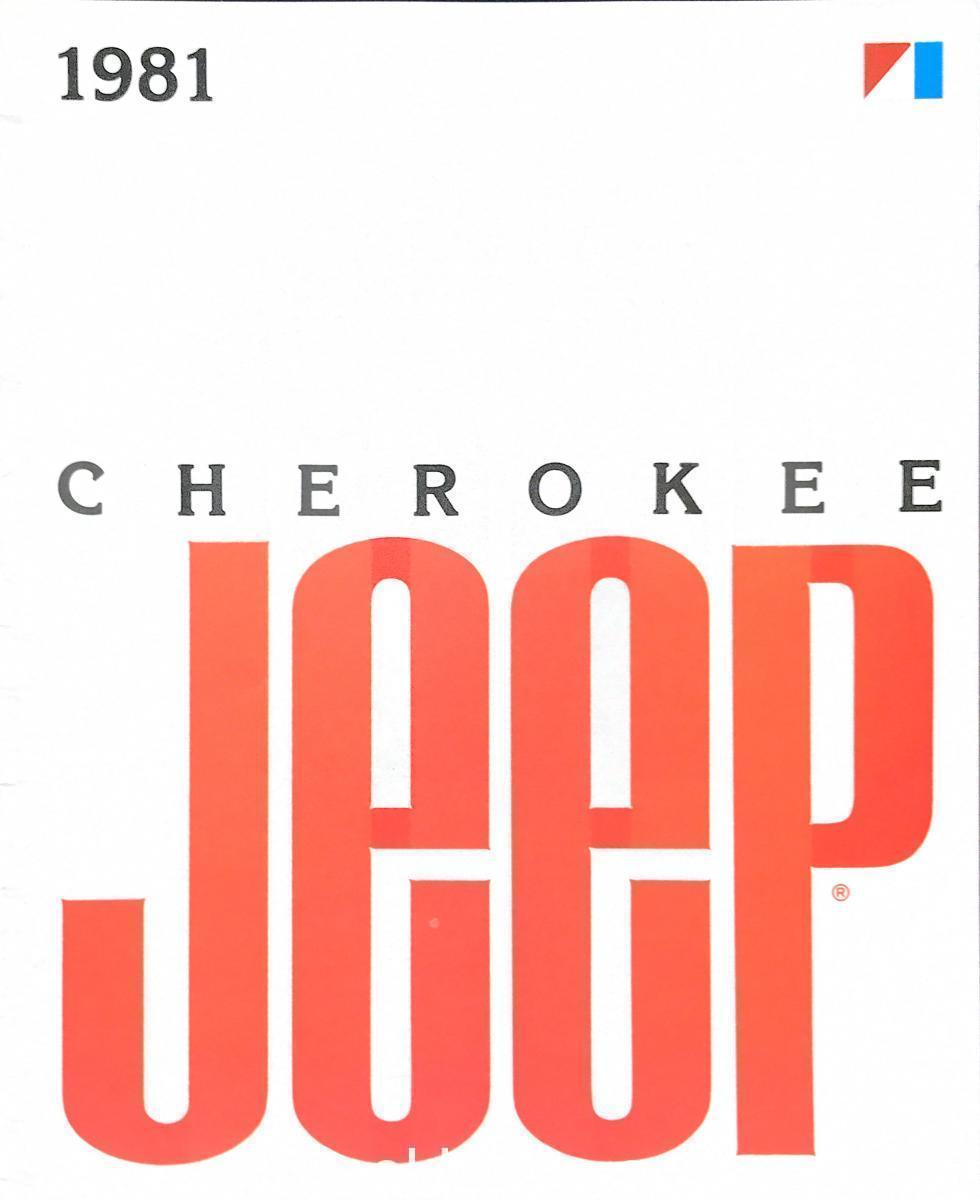 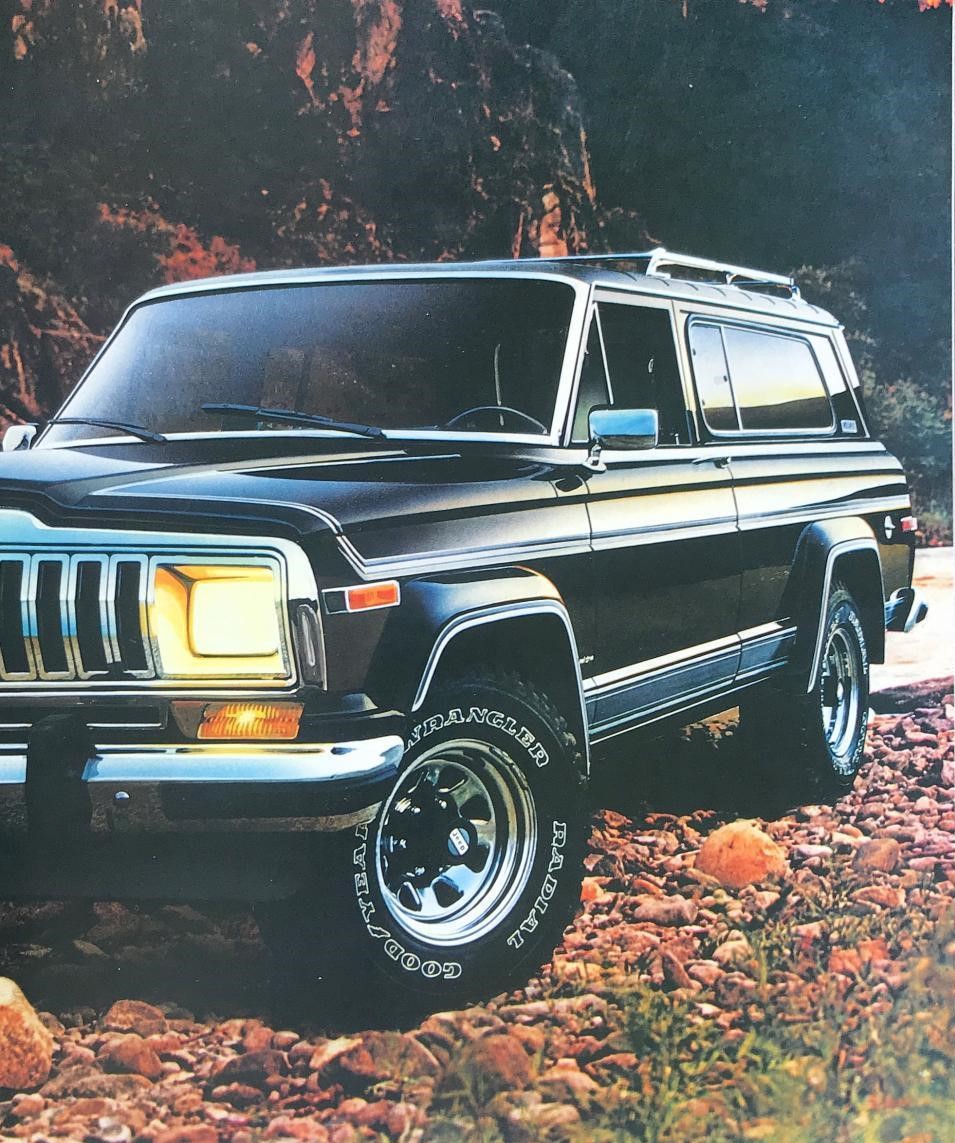 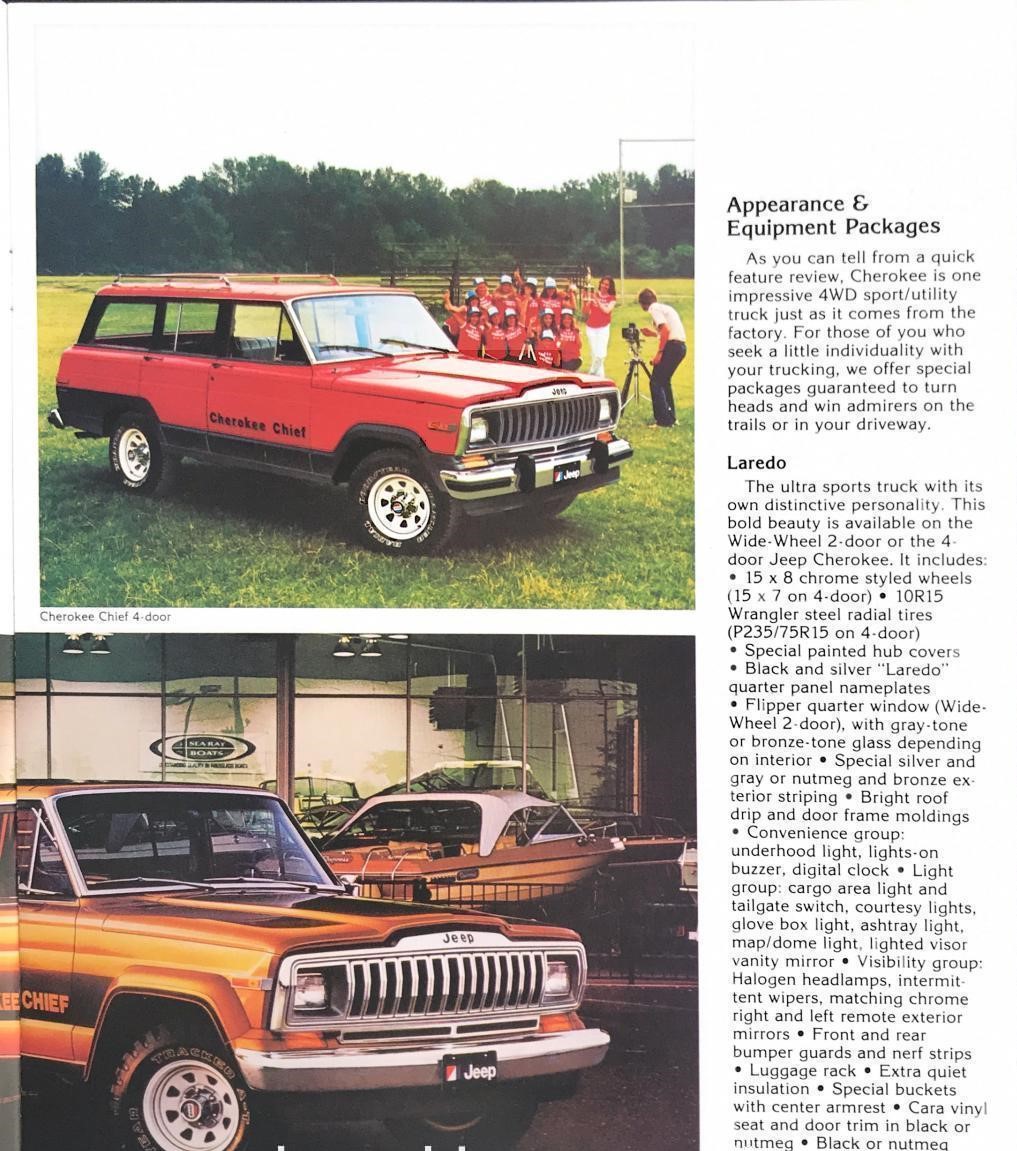 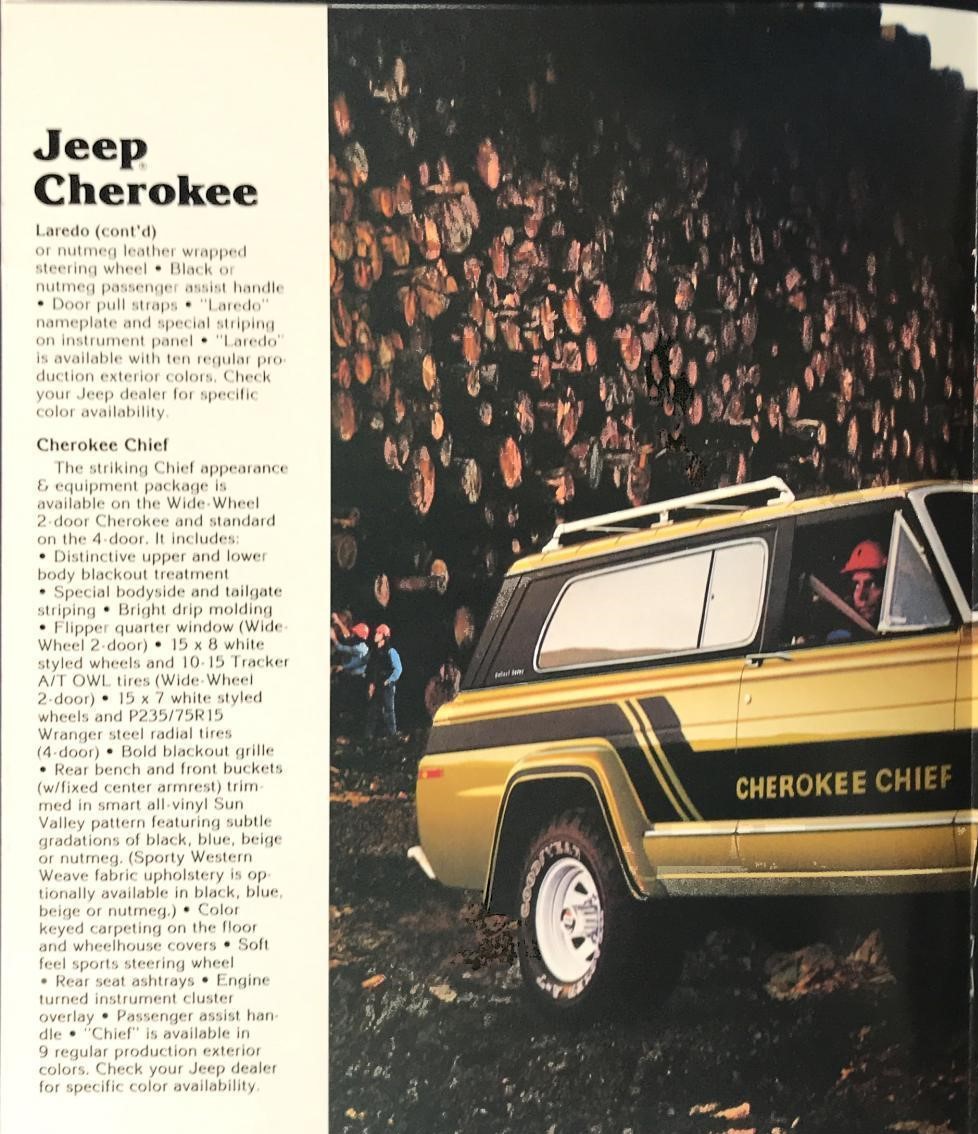