The Jeep® Wagoneer Limited was the family-oriented XJ model with a heart of dirt – and we mean that in the best way possible.

The top-of-the-line Limited featured creature comforts like power seats, locks, and windows, air conditioning, and interior leather upholstery. On the exterior, vinyl wood side trim and a bright grille set the Wagoneer Limited apart. Later in the vehicle’s life, quad headlights were added.

Its platform-sibling, the Cherokee (next week’s featured “Heritage Friday” vehicle), is better known for its off-road capability, but the Wagoneer Limited was no slouch on tough terrain. “Part-time” Command-Trac® or “full-time” Selec-Trac® 4WD systems were available.

The Command-Trac system features shift-on-the-fly capability, letting the driver shift in or out of 4WD while the vehicle is in motion. The Selec-Trac system, even more sophisticated, is engaged at all times and eliminates binding (also known as “crow hopping”) when 4WDs operate on dry pavement. 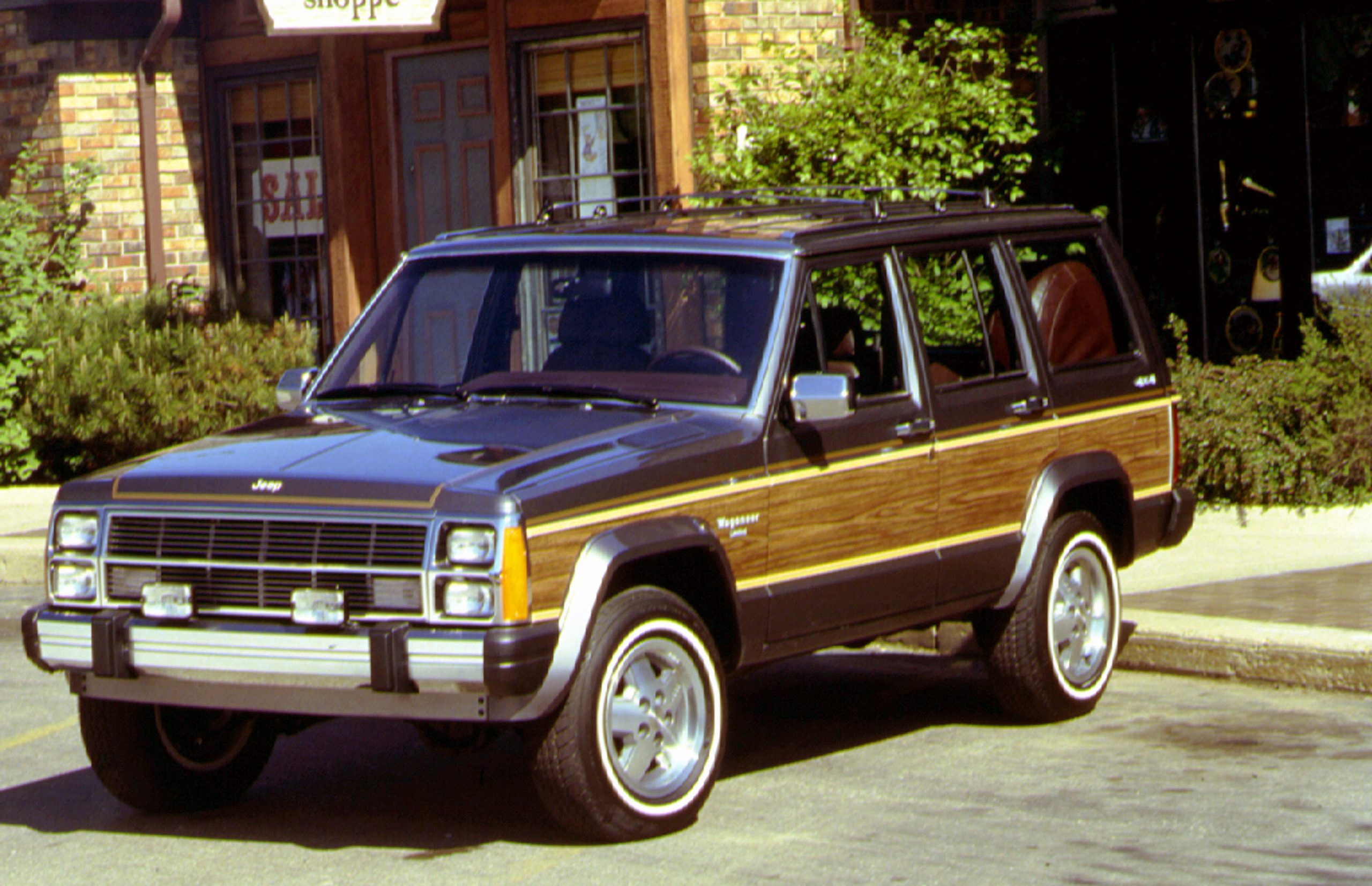 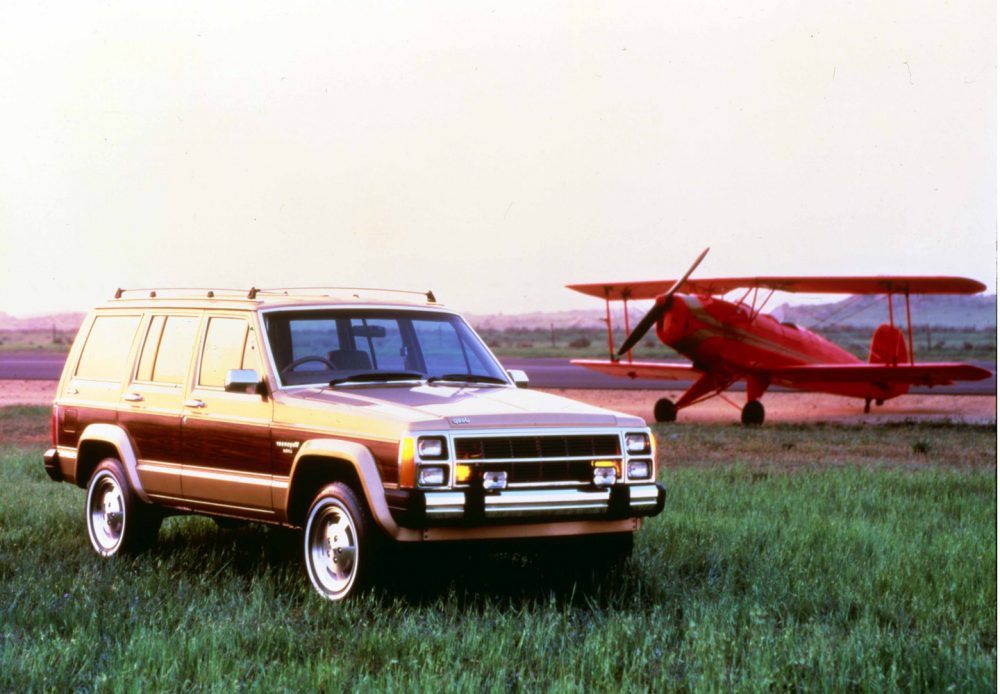 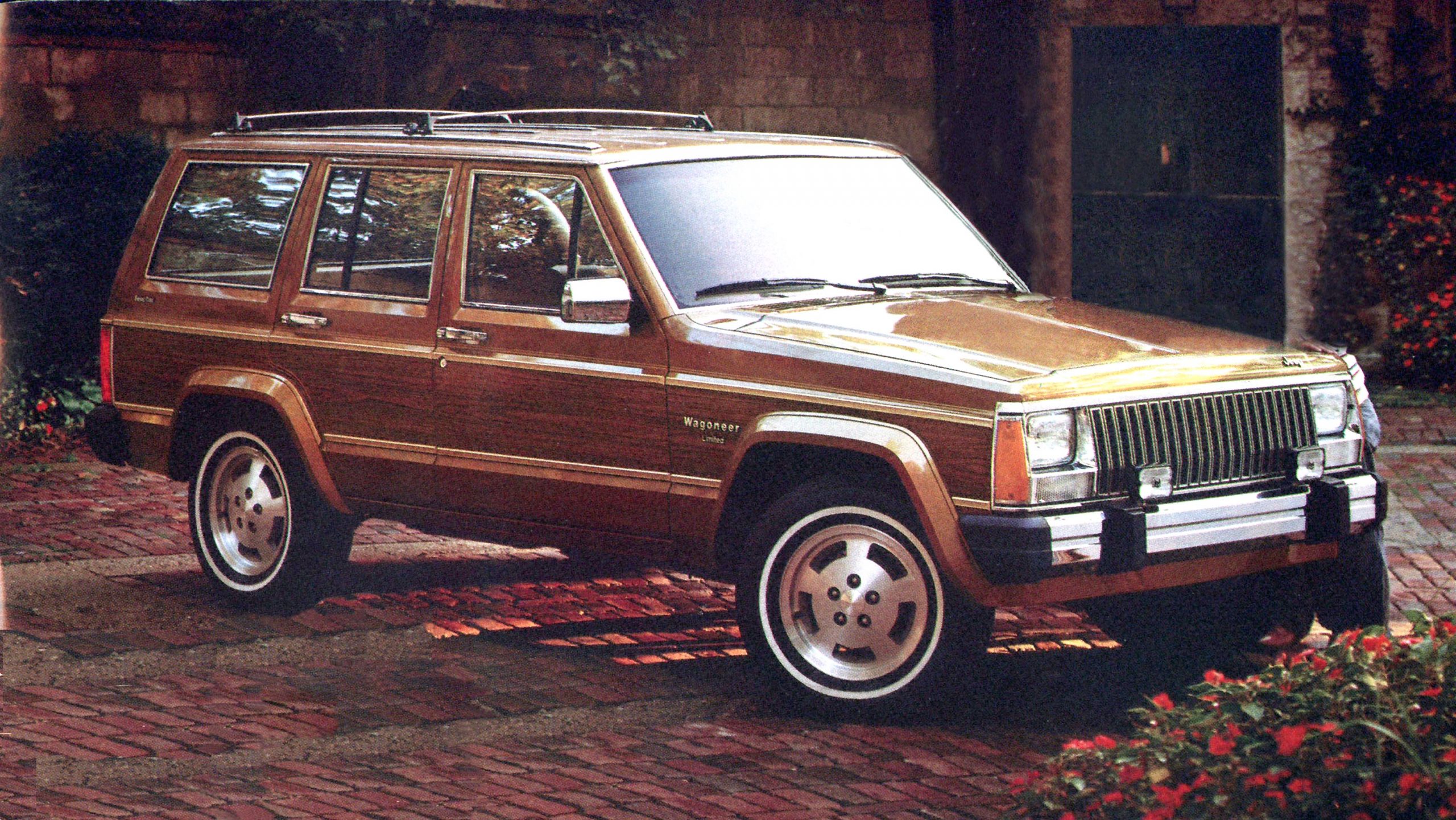 In 1986, Jeep compared its products with competitors, putting up the XJ Wagoneer against the Buick Electra four-door wagon and Volvo Turbo Wagon. As one might have guessed, the Jeep beat both its competitors, though the comparison was made on items selected by Jeep — standard features (shift on the fly 4WD, radio, bucket seats, roof rack, system sentry, gas mileage, etc.). The Buick retailed for $15,323, the Volvo for $18,950, and the XJ Wagoneer for $18,186. Of note was the gas mileage of the Wagoneer — with its gasoline four-cylinder and three-speed automatic, it matched the Buick (with a diesel V8) and Volvo (with a four-cylinder turbo and manual transmission), getting 18 city, 21 highway mpg vs the competitors’ 16/23 and 17/22. Optional engines for the XJ Wagoneer at the time were the 2.1 liter turbodiesel and a troublesome 2.8 liter GM V6.

As for the Grand Wagoneer… large print declared, “Jeep Grand Wagoneer has no rival… why do you suppose it’s the solitary entry in the full-size, 4-wheel drive luxury wagon class?”

For 1987, the XJ Wagoneers got the new, high-tech 4.0 liter straight-six — based on an old block, updated with state of the art heads, Renault-Bendix fuel injection, and electronic ignition — while the pricier, larger Grand Wagoneers got an old six cylinder (soon dropped) or the 360 cubic inch AMC V8, then producing just 144 horsepower and 280 lb-ft of torque.

For 1990, both models got a new overhead console, new colors, and rear three-point seat belts; the Grand Wagoneer also got a flash-to-pass feature on the stalk headlight control, and side-marker turn signal flashes. A four-speed Borg-Warner automatic with full-time four wheel drive was standard for all Wagoneers — the newly retagged Limited and the Grand Wagoneer. Air conditioning was standard as well.

The High-Output (H.O.) 4.0 engine appeared in 1991 with a revised control system and head design. The intake ports on the head were raised 1/8″ to give a straighter shot into the cylinders. Along with computer program revisions this added 13 hp to the engine, thus creating the 190 hp H.O. version that was used through 2002. A power sunroof was also added to Grand Cherokee for 1991.