History of the Jeep Cherokee XJ

The Jeep Cherokee was manufactured from the year 1984 up until 2001 and is arguably the most famous Jeep of all time. It is said this vehicle was named so to stand for ‘eXciting Jeep.’ During its production span of 18 years, almost a total of three million Cherokee XJs were manufactured. To be exact, they were 2,884,172 vehicles in all. This car was so good that almost every vehicle got purchased in the very same year it was made not like other car brands that kept advertising and selling vehicles a year or more after production and still called them new. Design and building of the Cherokee XJ were handled by AMC (American Motors) from 1984 until 1987 when the company was bought over. Chrysler, the new owners, proceeded with the same design for the vehicle until the end of production.

The Cherokee XJ was the introduction of a new era as the conventional body on frame substructure was not adopted in its design. The vehicle featured unibody design which was also lightweight. From the onset, Cherokee XJ vehicles were promoted as ‘sports wagons,’ but in the future, this grew to become the forerunner of the present-day sports utility vehicle or SUV. This design started to replace normal cars fast and competitors were not far behind on copying the chassis. The development of 4x4s will always have the Cherokee XJ as an important benchmark.

In the middle of 1985, the Cherokee XJ received a two-wheel-drive option for the first time in Jeeps history since 1967. This option was made available for those who did not want or require four-wheel-drive.

The 1999 Cherokee XJ models with 4.0L engines had their intake manifold revised to prevent little exhaust porting on the updated cylinder head castings. The 2000 model offered four-cylinder and six-cylinder engines, but the 2001 model saw only a six-cylinder engine with a no distribution ignition system.

Apart from a few changes on the interior and exterior through the years, the Cherokee XJ was pretty much the same. There were differences in the type of engine offered on each model each year.

Designs for the Cherokee XJ started back in 1978 with the models based on the SJ model. The model was mostly European with styling and engineering done by American Motors. Because of General Motors similar two-door option, American Motors added the four-door alternative. This was the first civilian 4×4 with unibody design which increased its off-road abilities and durability. 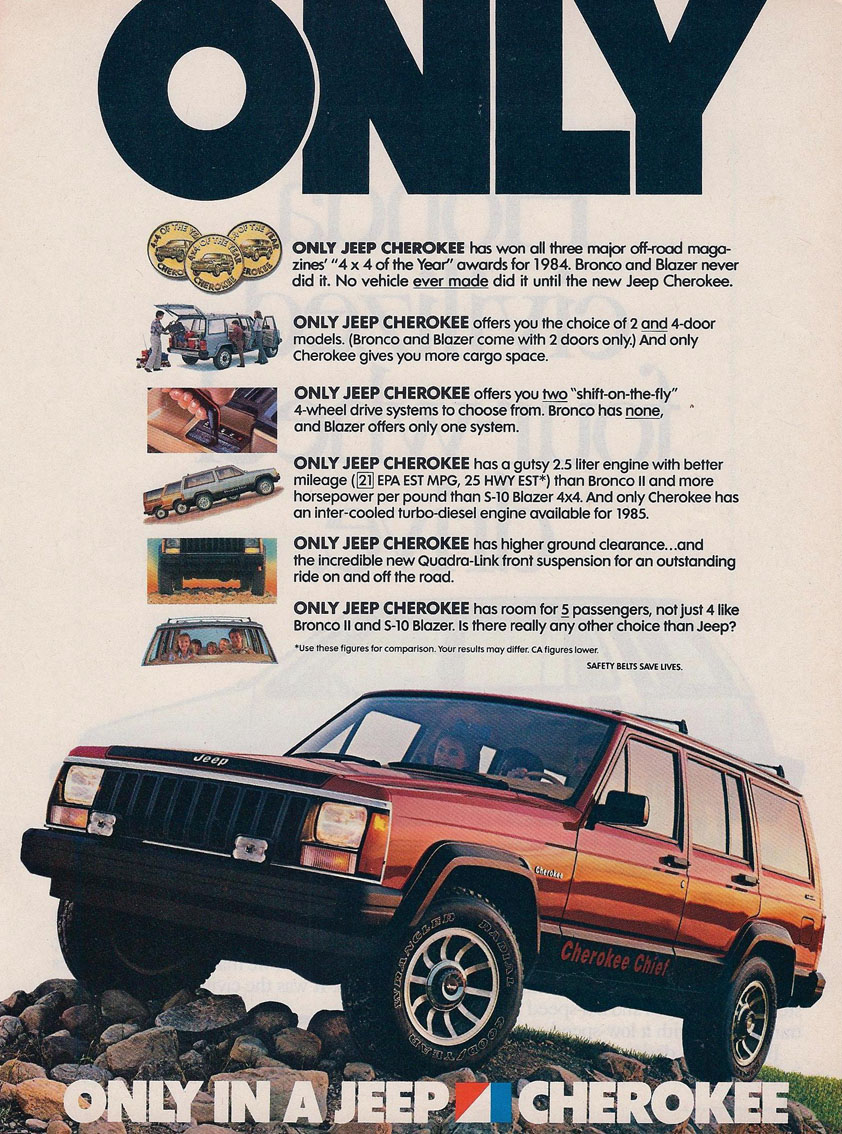 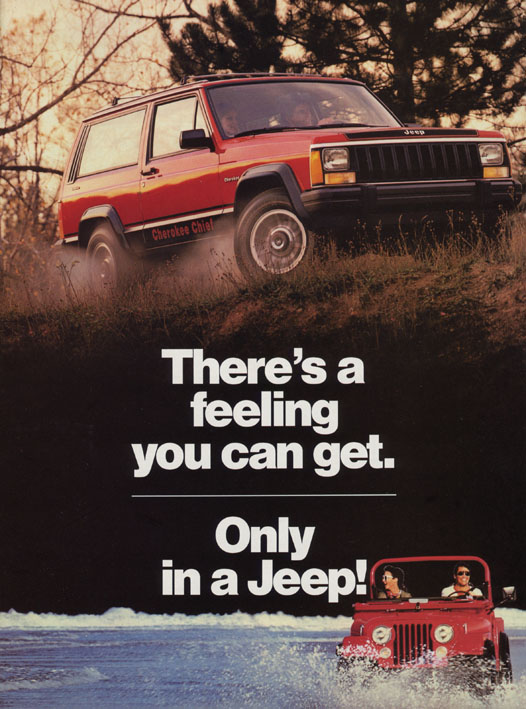 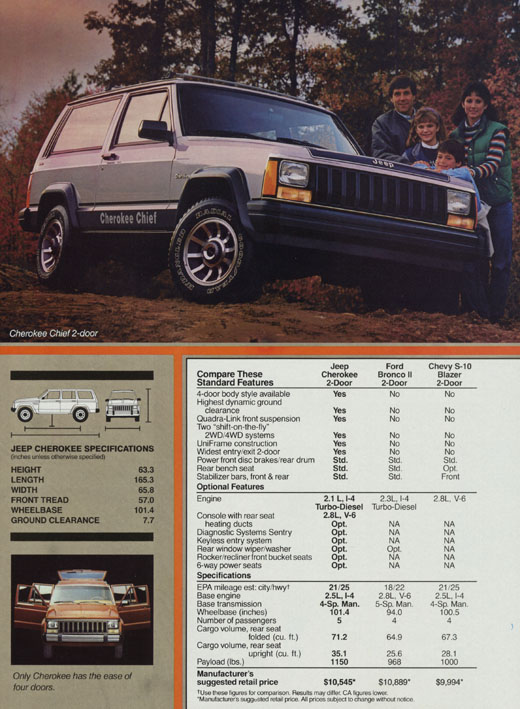 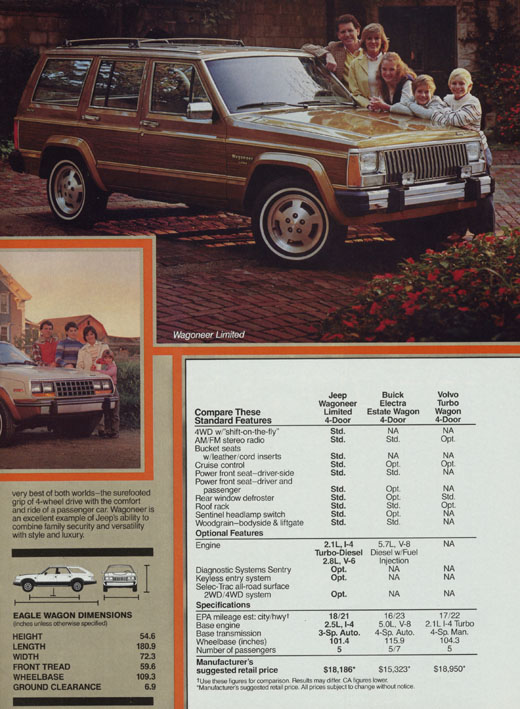 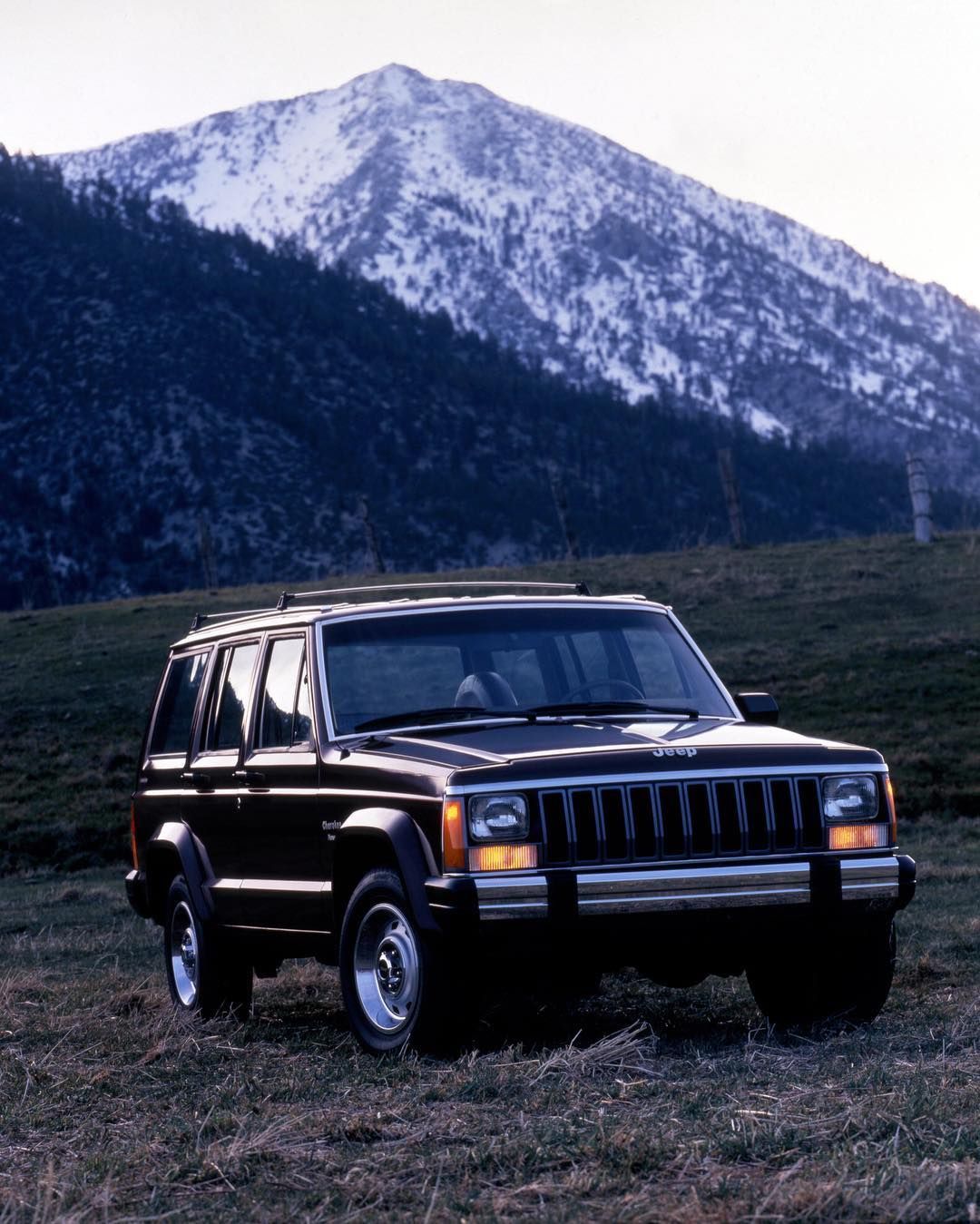 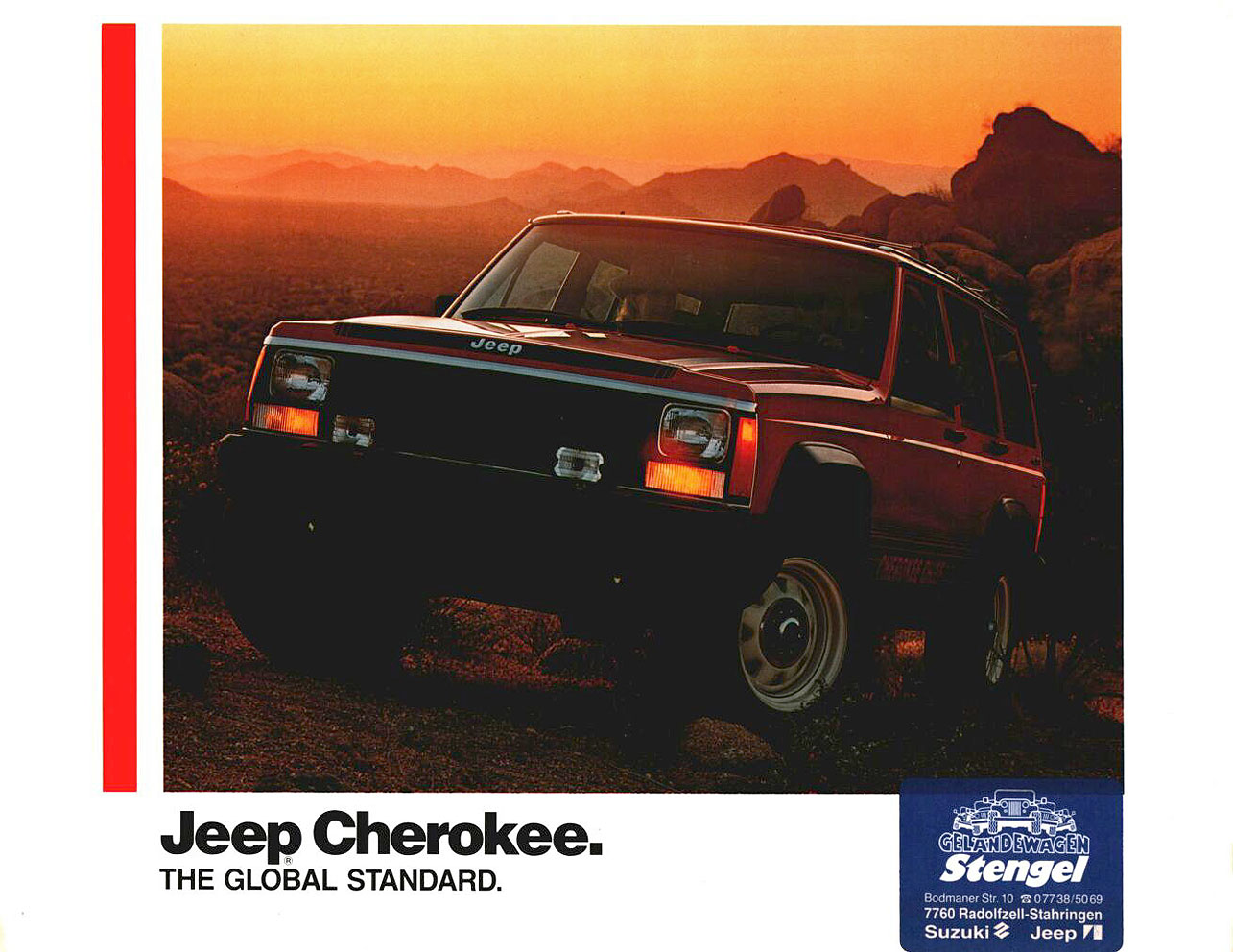 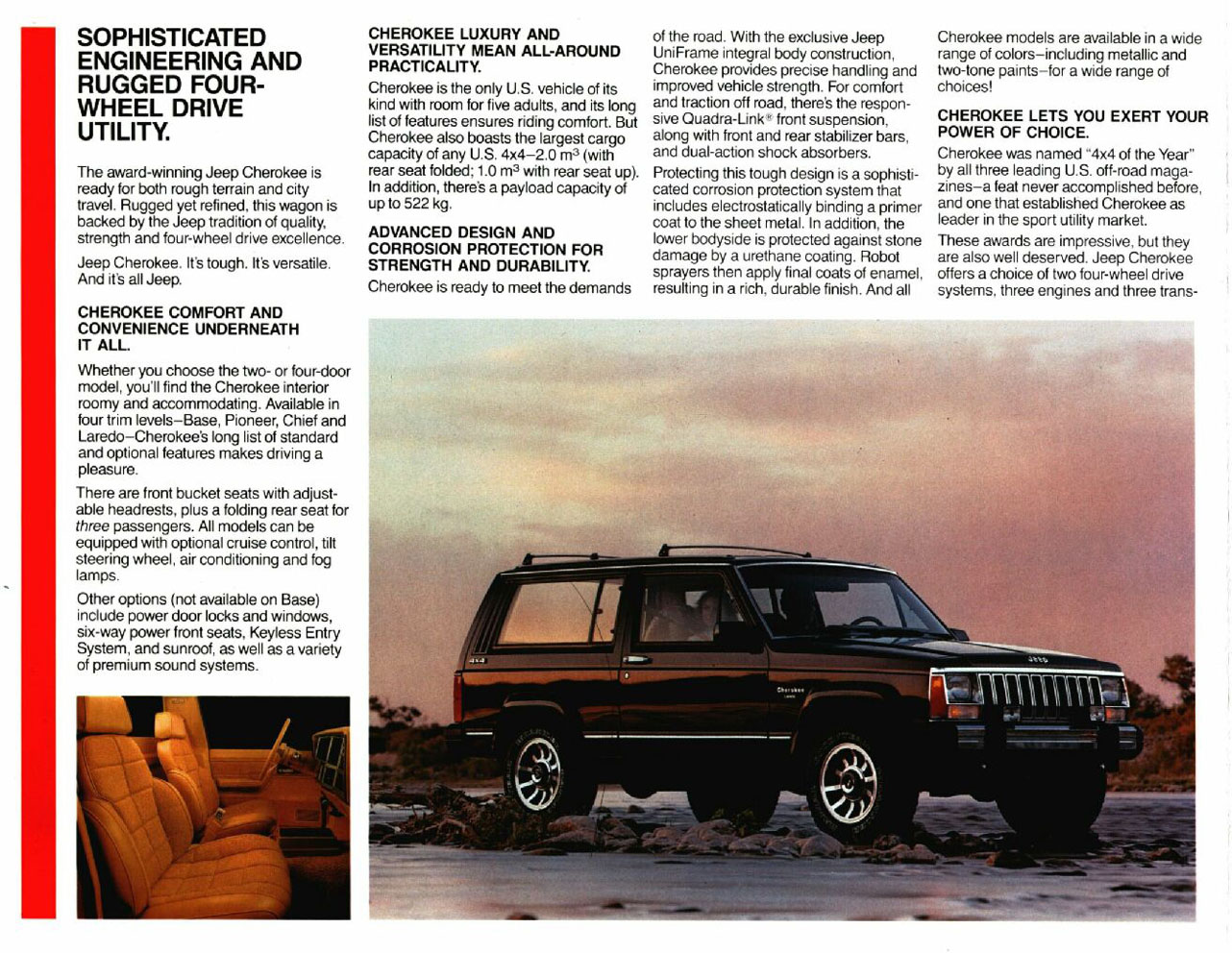 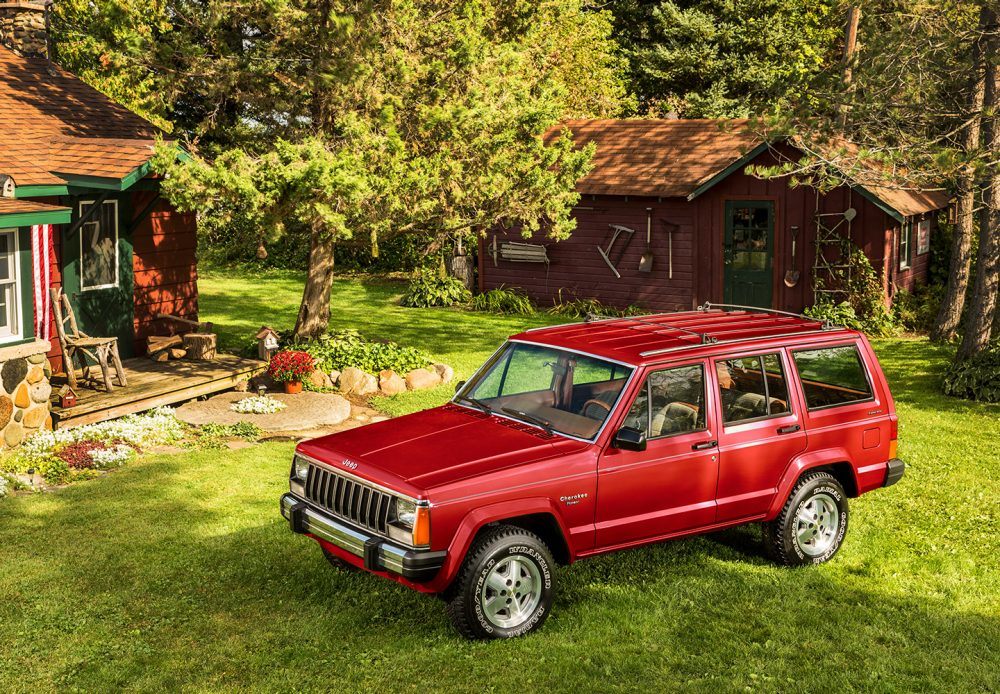 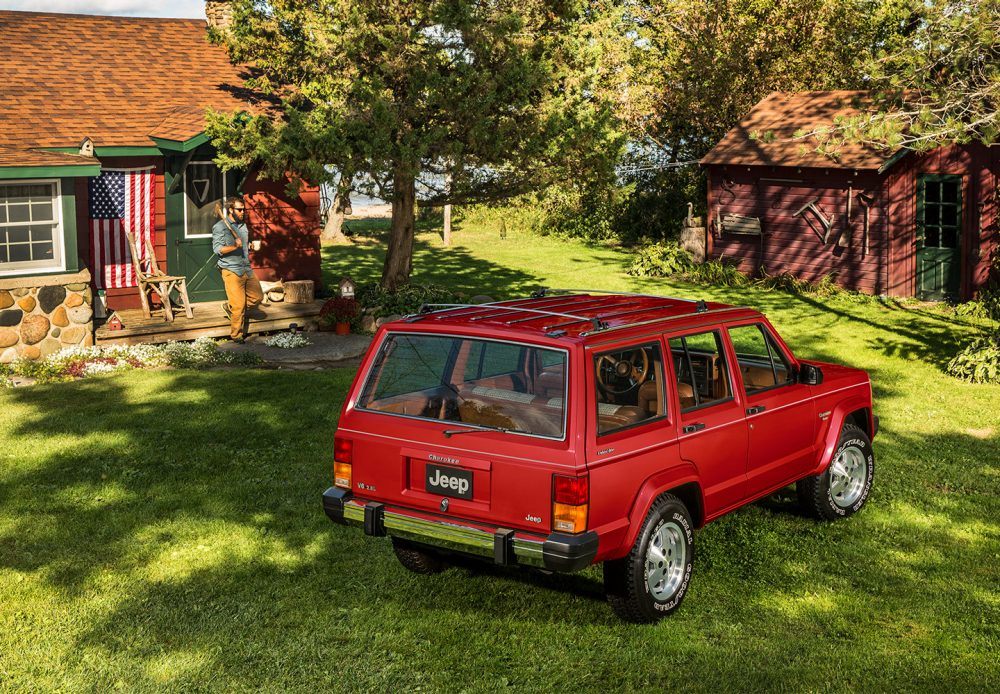 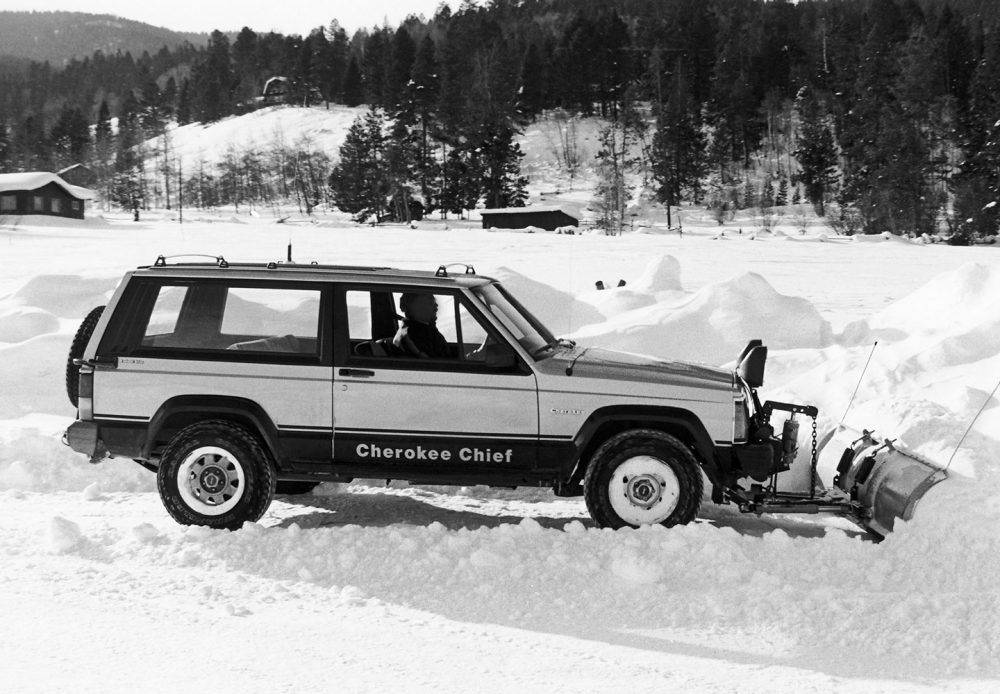 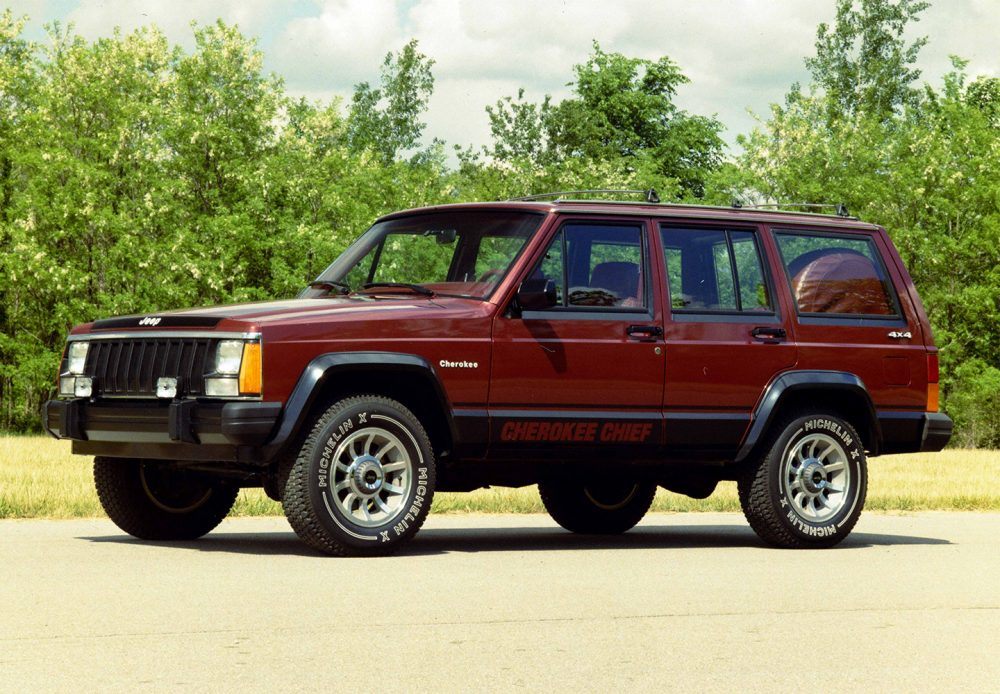