Inspired by styling from the Dakar and Jeepster concept vehicles, the Liberty was intended as a replacement for the discontinued Jeep Cherokee. The Liberty also marked a few firsts for Jeep. It was the first Jeep vehicle to use rack and pinion steering. It’s also the first Jeep to use the two then-new PowerTech engines; the 150 horsepower (110 kW) 2.4 L straight-4, which was discontinued in 2006, and the 210 horsepower (160 kW) 3.7 L V6, as well as a short-lived 2.8 L VM Motori turbo diesel (2005-2006 only). The Liberty was the first Jeep vehicle to use an independent front suspension since the 1963-1965 Jeep Wagoneer.

Three trim levels were initially offered; the top end Limited, a more rugged looking Renegade and the base Sport. All were made available with either 2WD or 4WD. In 2005, all Liberties received a minor facelift. The 2005, 2006 Renegade and 2005 Rocky Mountain Edition Liberties received an exclusive flat hood and taller grille. In 2007, the Renegade trim level was replaced with the Latitude which appeared to focus more on an urban appearance and lost the Renegade trim’s unique hood and grill. While the Liberty was nominated for the North American Truck of the Year award for 2002, complaints about Liberty styling and reliability persisted, in addition to safety recalls. 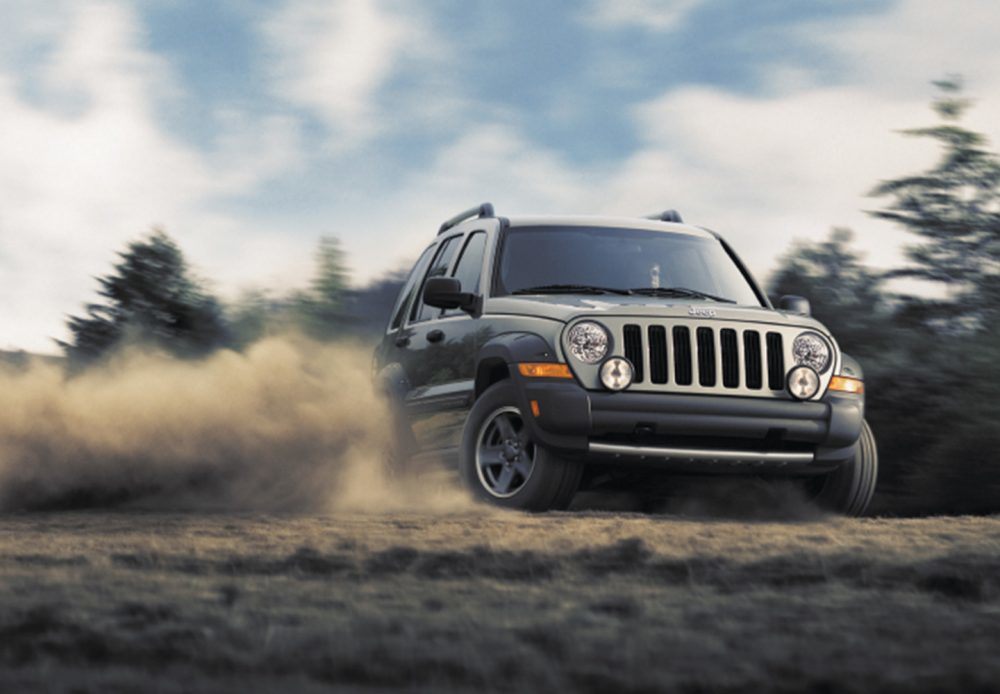