The Jeep Renegade (BU/520) is a subcompact crossover SUV (mini SUV in Europe) produced by Jeep. The off-road vehicle was first shown to the public in March 2014 at the Geneva Motor Show and production started in late August of that year. Standard Renegade models come with front-wheel drive. The vehicle offers the four-wheel drive systems Active Drive I and Active Drive Low, both of which are paired with Jeep’s Selec-Terrain System.

At one time it was believed that the Renegade would replace the Jeep Compass and Jeep Patriot in the Jeep lineup. The Patriot was discontinued after model year 2017, but the second generation Compass was launched in early 2017.

The Renegade is the first Jeep product to be produced exclusively outside of North America and is sold in the North American, European, Brazilian, South African, Australian, Japanese and Chinese markets. The vehicle is built in Melfi, Italy (alongside the related Fiat 500X); Goiana, Brazil (alongside Jeep Compass and Fiat Toro); and in Guangzhou, China.

The Renegade has an available My Sky dual panel removable roof. The My Sky can be either retracted like a standard sunroof or removed completely for a more open-air experience, similar to that of the Jeep Wrangler. 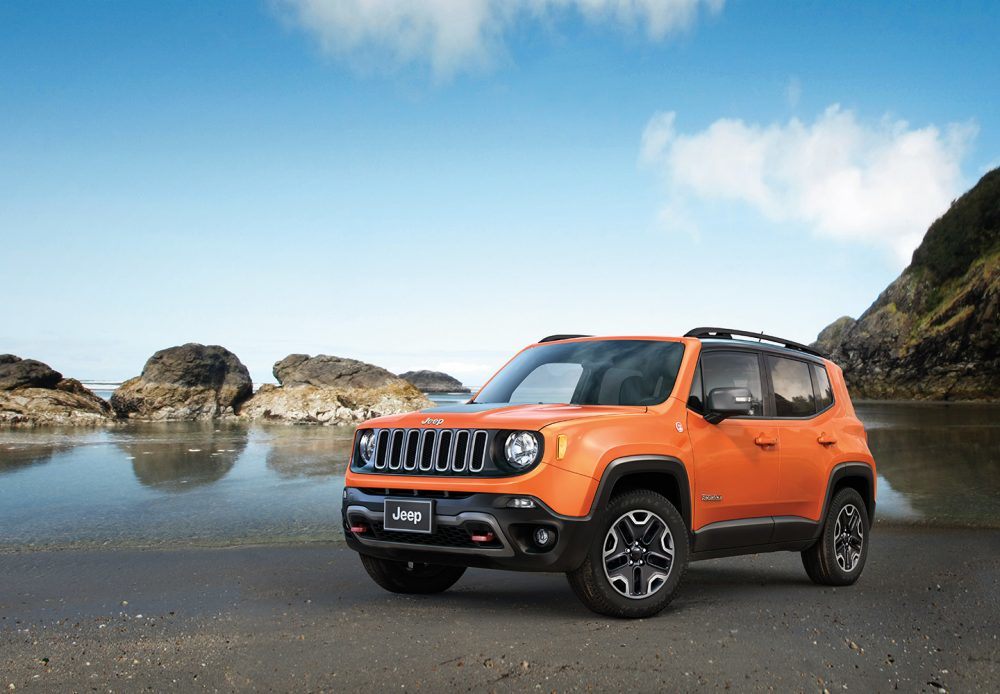