Originally intended to replace the XJ Cherokee, the Grand Cherokee – then known by the XJC codename – grew out of a 1985 design competition that AMC conducted using three freelance designers: Larry Shinoda, Giorgetto Giugiaro, and Adam Clenet. According to an interview Shinoda gave to Ward’s Auto, AMC management declared his designs “terrible” and paid him less than half of a $350,000-plus contract at the same time it dispatched crews to confiscate Shinoda’s drawings and clay model templates.
Shinoda may have been forbidden to comment on the 1989 Jeep Concept I concept vehicle (which closely predicted the look of the production Grand Cherokee and thus, presumably, closely followed Shinoda’s design) due to terms of the abovementioned contract, but in January 1992, when Bob Lutz drove a production ZJ Grand Cherokee up the steps of Cobo Hall and through a plate-glass window, Shinoda began a five-year campaign to get Chrysler to own up to the theft of his design that reportedly resulted in a $200,000 settlement.
In the meantime, according to Patrick Foster’s “The Story of Jeep,” the Jeep designers and engineers who had already completed much of the work on the ZJ before the Chrysler purchase took advantage of Lee Iaccoca’s prioritization of Chrysler’s minivan redesign to refine the Grand Cherokee. The 4.0L straight-six engine, though its basic design dated back to the Sixties, benefited from an overhaul of its fuel-injection system under Chrysler ownership that brought horsepower up to 190. Also thanks to the extended development time, the ZJ would also introduce airbags in SUVs as well as pioneer the use of four-wheel antilock brakes and highway-speed four-wheel-drive systems.
It also, per Foster, boasted handling superior not only to other SUVs on the market at the time but also to many sport sedans, including the BMW 525i and Mercedes-Benz 300CE. That came in part from the four-wheel coil-spring suspension design that gave the solid-axle chassis less of a truck nature and in part from chassis tuning by UK racing industry veteran Ian Sharp.
As for the conundrum of whether the ZJ Grand Cherokee would replace the XJ Cherokee (the aging SJ Grand Wagoneer only made it through the 1991 model year) on the Toledo assembly lines, Chrysler decided to keep the latter around and build the former elsewhere. According to Foster, the company initially considered building the Grand Cherokee in Kenosha, but later decided to construct a brand-new factory, Jefferson North Assembly Plant, in Detroit.
Initially available only with the 4.0L and a four-speed automatic transmission in one of three trim levels (base, Laredo, and Limited), the ZJ Grand Cherokee later in the 1993 model year added the Chrysler-built 318-cu.in. V-8 as an option and an available five-speed manual transmission (available only with the six-cylinder).
The Grand Cherokee debuted to great success: It won a number of awards that first year, but more importantly the Jeep dealership network was able to sell as many vehicles as Jefferson North was able to produce – about 250,000 in that first extended model year, more than doubling total Jeep sales figures – and thus stave off Chrysler management’s ultimatum of introducing a Dodge-branded version of the Grand Cherokee.
Over the ZJ’s six-year model run, it more or less remained the same. The manual transmission disappeared after a couple of years, as did the base trim level, and a 5.9 Limited version in 1998 saw the 245hp version of the Dodge 360, a sort of precursor to later SRT-badged Grand Cherokees. Sales also remained strong – increasing to nearly 300,000 in 1996 – leading many of Jeep’s competitors to start offering more upscale SUVs. 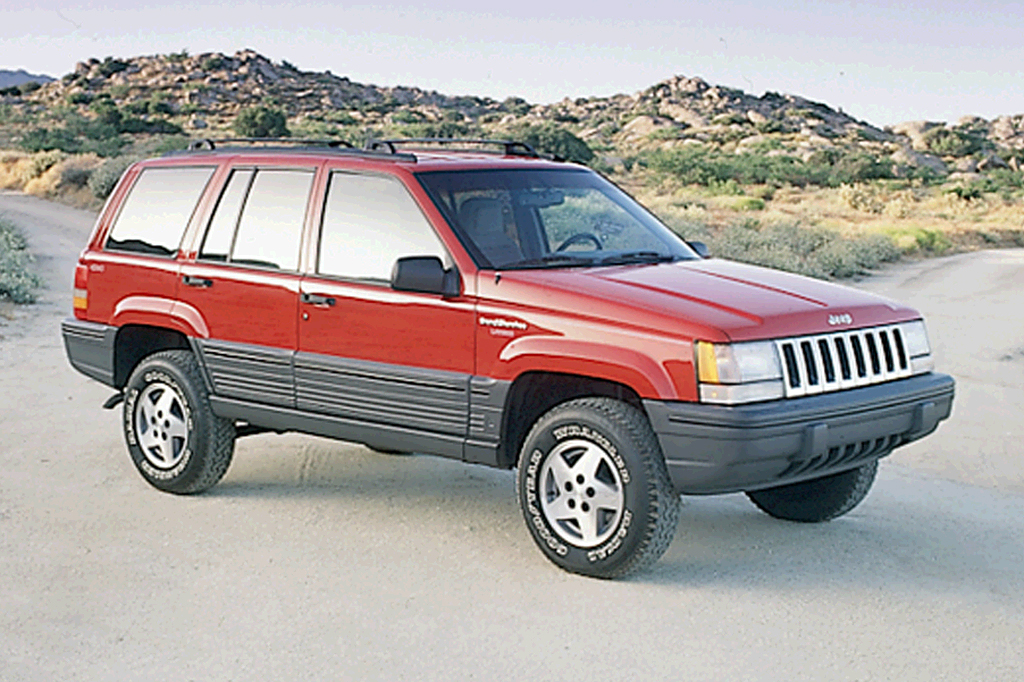 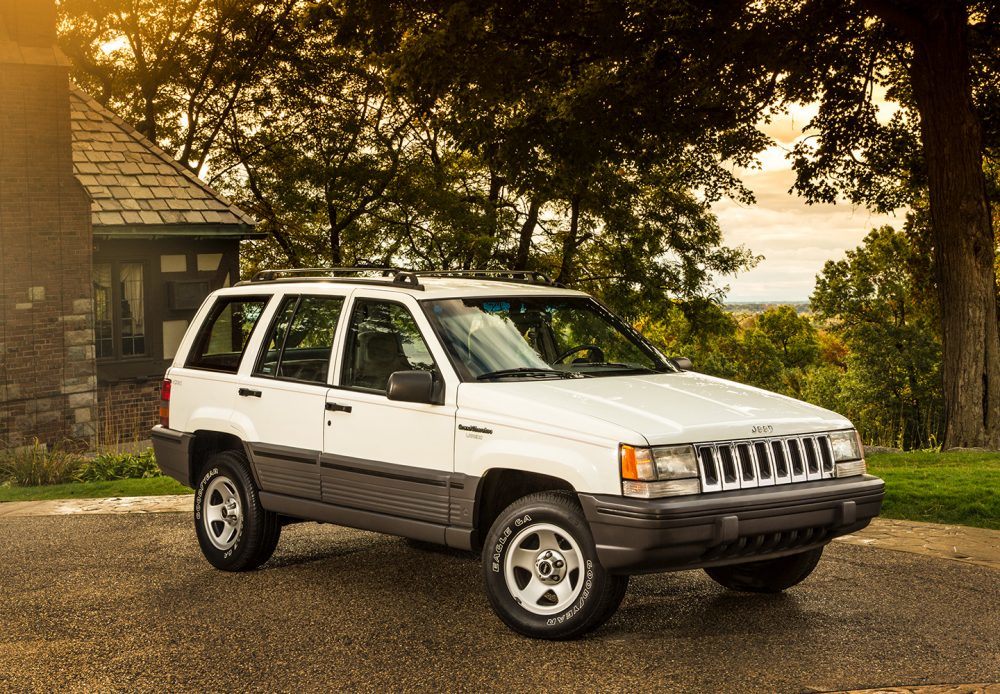 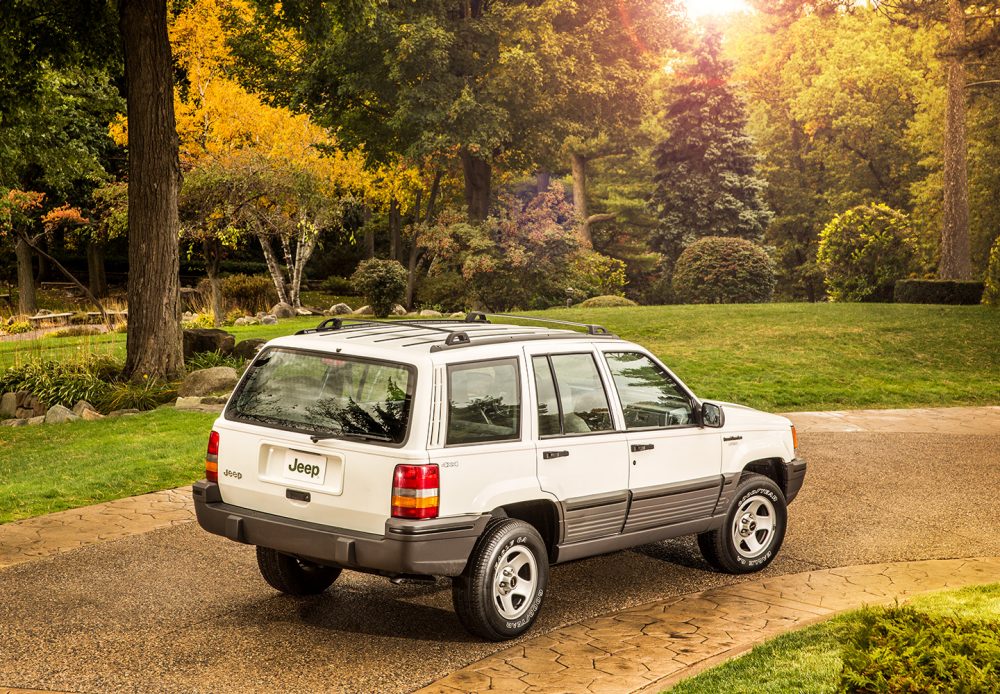 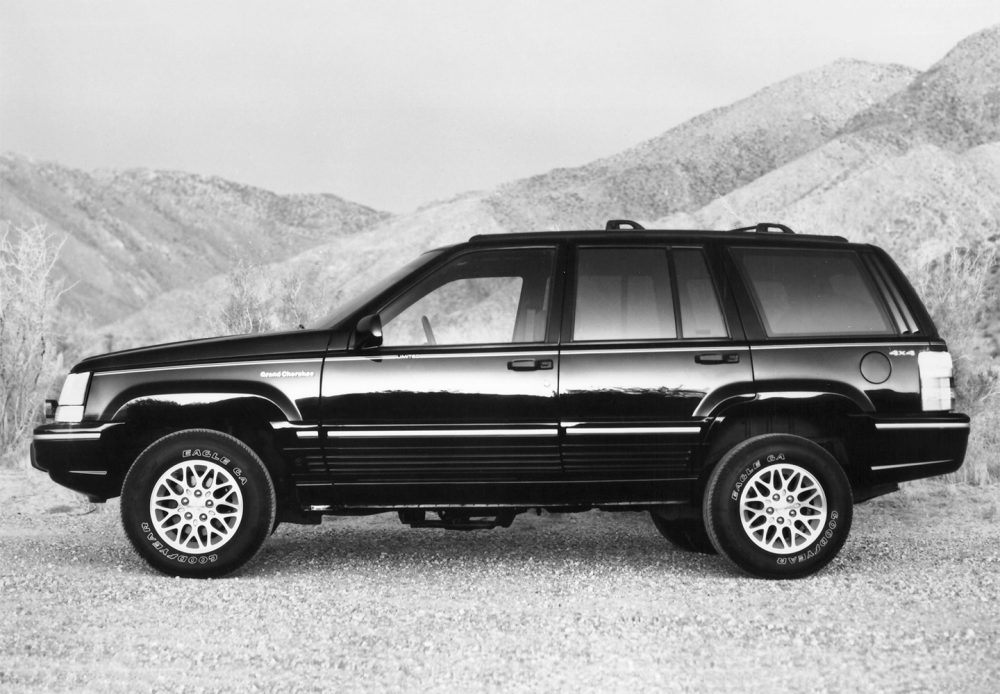 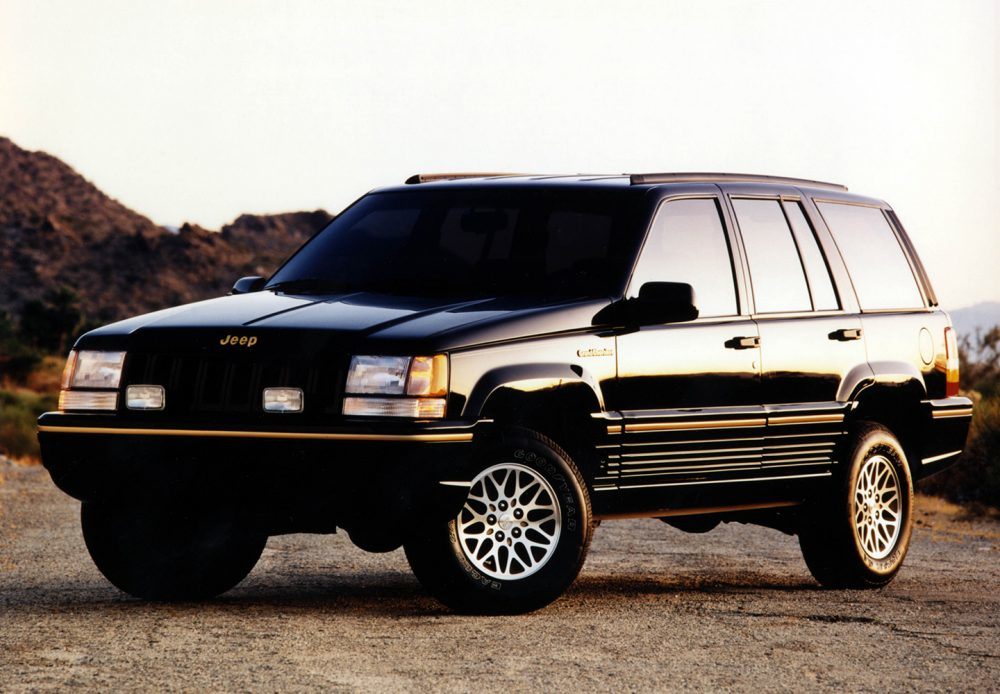 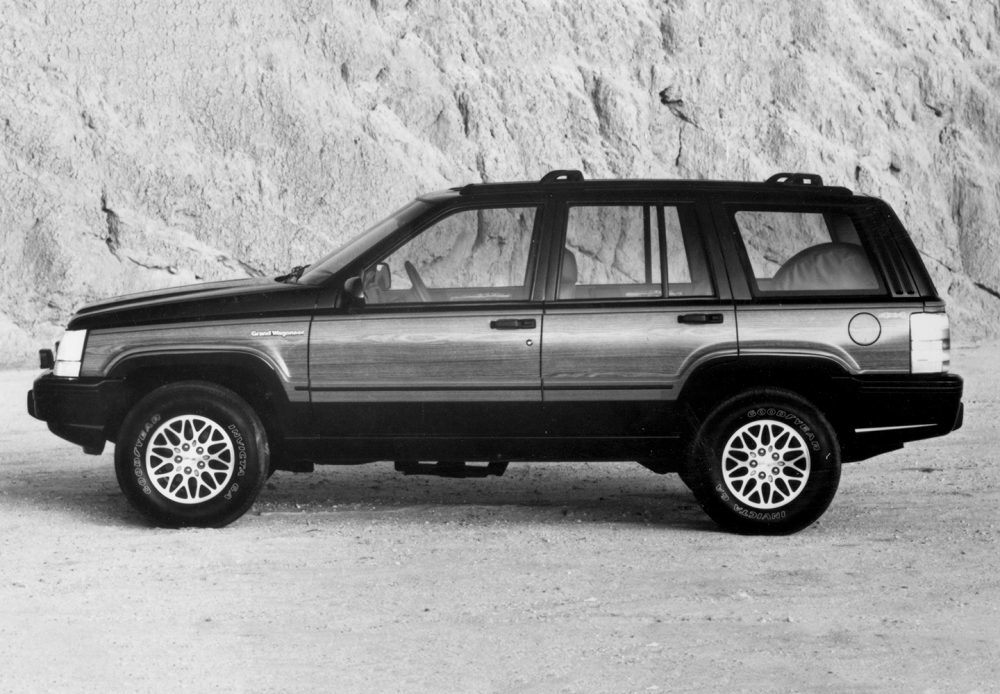