For the 2006 model year, Jeep will offer its largest Jeep ever, an extended wheelbase 7-passenger luxury/off-road model called the Commander. The Commander is built on the same platform as the Grand Cherokee, but uses very different sheet metal. Perhaps in some respects, an evolutionary upgrade to the Jeep “Wagoneer”.

Base models of the Commander will feature body color grille and fascias and black body side molding while the Limited models will have a chrome grille and chrome body side strip. Second row seats in both models are split 40/20/40 and have a “tumble” feature. Most of the features, options and colors for the Commander are exactly the same as what is available on the 2005-2006 model WK Grand Cherokee’s. In fact, aside from the third row seat, one of the only new features on this super-size Jeep is a wide-angle sunroof that Jeep calls calls “Command View”.

The Commander will offer the same engine and transmission choices as the Grand Cherokee, the 3.7 V6, 4.7 V8 and 5.7 V8 MDS Hemi engines along with the W5A580 and 545RFE transmissions. The navigation and Boston Acoustics sound systems are also the same as what is available on the Grand. 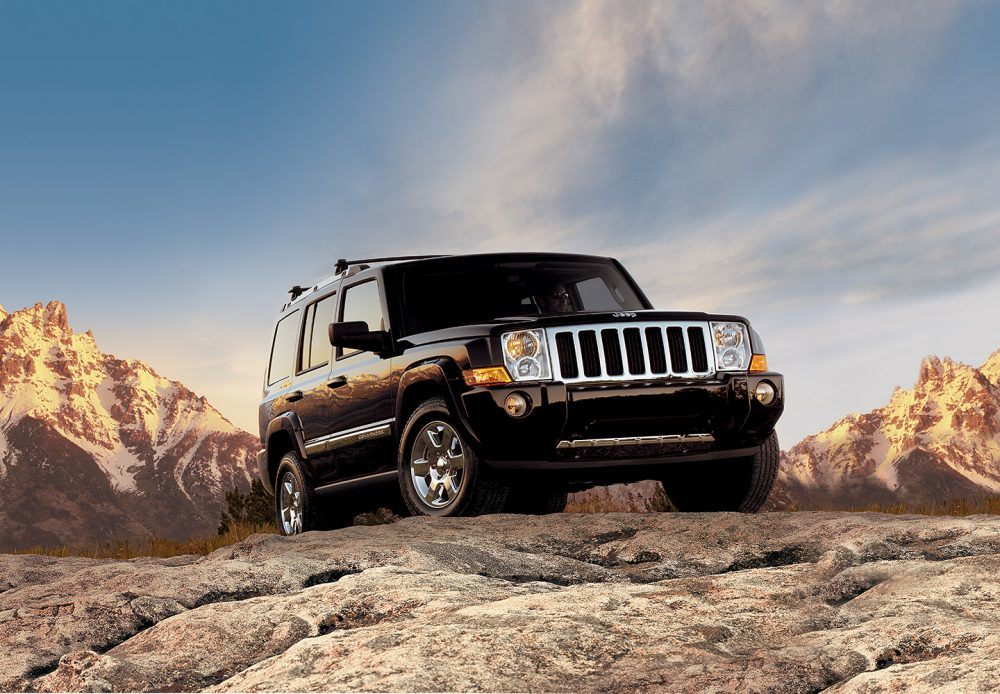 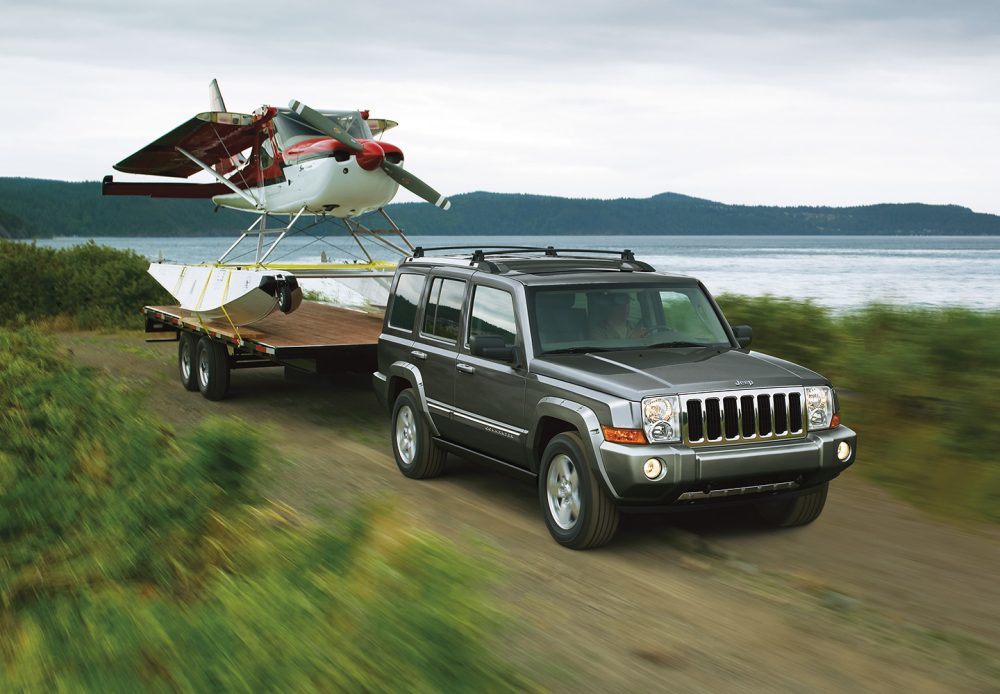