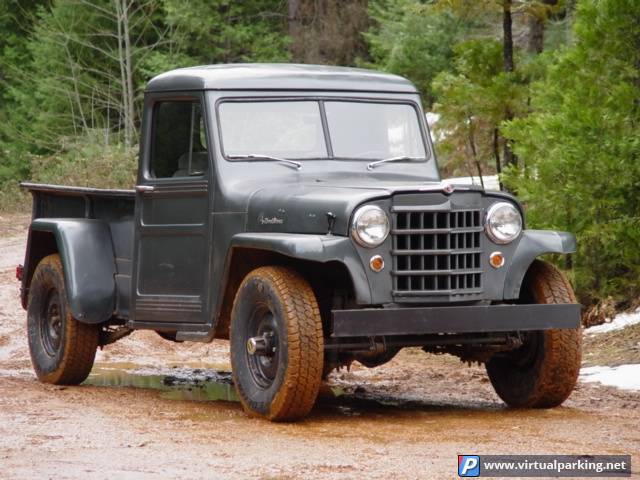 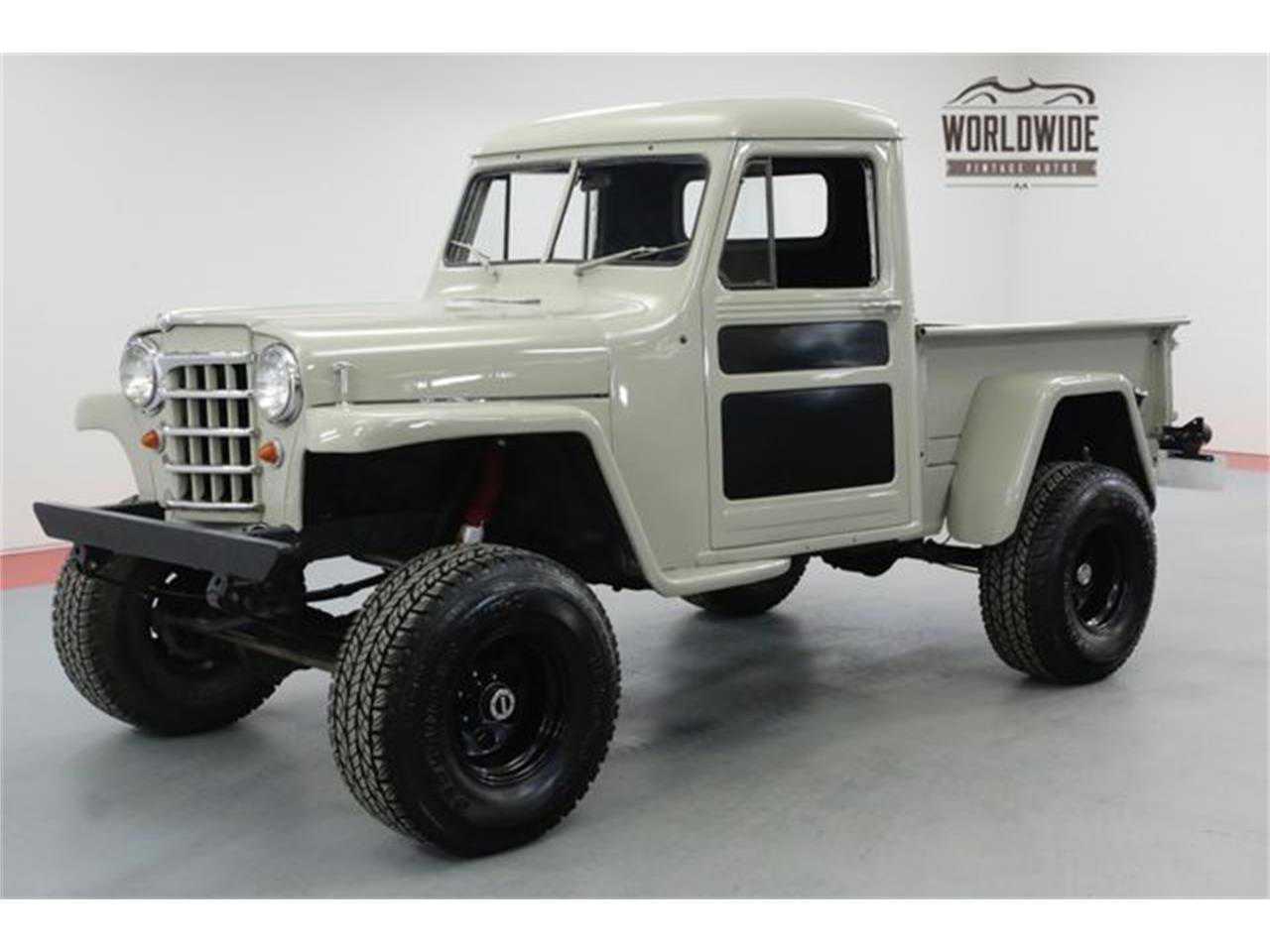 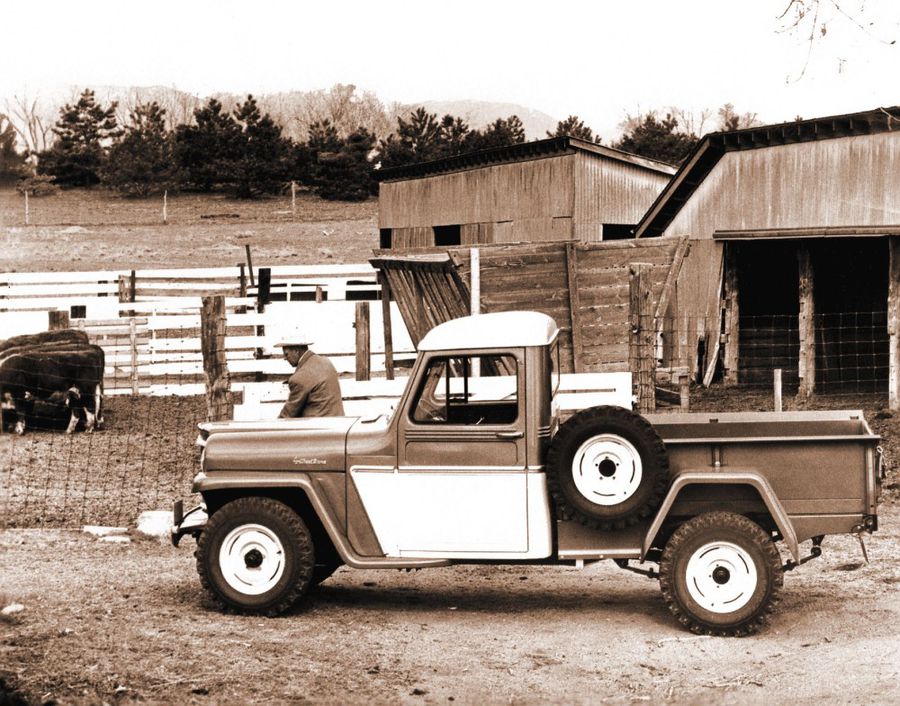 Willys Trucks are perhaps not nearly as well known as the ubiquitous and familiar “Jeep” (CJ Universal) or Station Wagon. Nevertheless, Willys did produce a number of different truck models, including the Pickup, Stake Bed, and Cab & Chassis models.

Similar to the Willys Jeep Wagon, and equipped with the same 134 cu in “Go-Devil” engine and 3-speed Borg-Warner T-90 manual transmission as the CJ-2A, the Willys Pickup Truck was introduced in 1947, available in both 2T and 4T models. The 4×4 “Jeep Truck” model had the same 118 inch wheelbase as the 4×2 pickup, and an identical pickup bed which was 79″ (w) x 15.75″ (h). The 4WD model was rated at 5,300 gvw, with a 1 ton payload. The three speed transmission and two speed transfer gave six forward speeds, two in reverse, and could be ordered with a PTO.” [1]

“In 1949, the “Jeep Truck” emblem was replace by an emblem reading only “4 wheel drive” and a single bench unit replaced the 1/3-2/3 seat, which now tilted forward for access to undersea storage.” [2]

In 1950, the truck became the “473” with the “Hurricane” 4-cyl engine as an option. Like the Station Wagon, the 473 model included a modification to the grille, which now formed a “V” shape in the center, and included the addition of 5 horizontal bars. [2] When this happened, the radiator attachment was changed from the chassis to the nosepiece. [2] Another change in 1950 saw the discontinuation of the two-wheel drive model. In the following year (1951), the 2WD 1-ton and 1/2-ton trucks were also discontinued, leaving only the 4WD models.

“In 1951, a few new body styles were added to the options list including the stake bed, a Flat Face Cowl model (FFC), and a cab and chassis option (no rear body). These options were available until 1964. Aside from this, and the changes for the new starter (bell-housing and flywheel), the 1951 trucks remained very similar to the 1950 and 1952 models.” [2]

In 1953, the 473 became the “475” and the number of horizontal grille bars dropped from five to three. The 475 did not last considerably long, and was available only until the introduction of the 6-226 model in the following year. The 6-226 model, with a 226 cu in 6-cylinder “Super Hurricane” engine, continued in production through 1962, when it was replaced by the 6-230 Tornado OHC engine. One more change was notable in 1954, which was the addition of a large window in the back which essentially covered the cab of the truck.

“1955-1958 saw very little changes, with a few modifications to the center grille bar location, and conversion to 12-volt electrics, until 1959, when a chrome strip was added, running from the edge of the hood to the trailer edge of the door. While this new strip adopted a style similar to that of the station wagon in the years following, this look remained somewhat unchanged through the rest of production, which ended in 1964.” 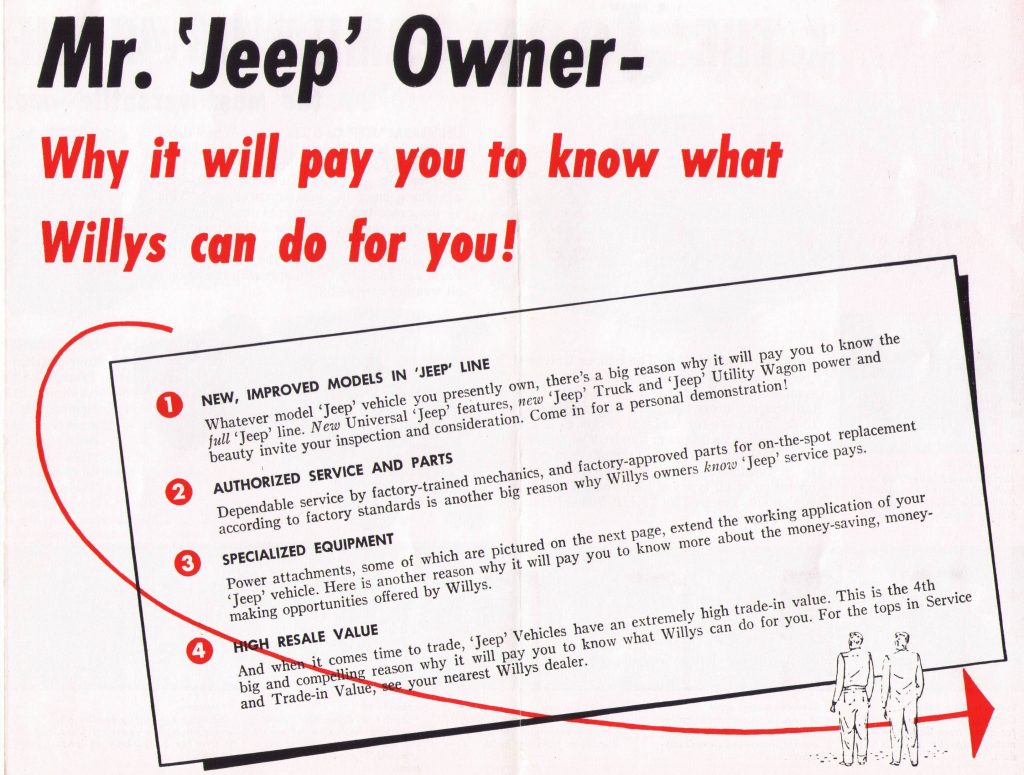 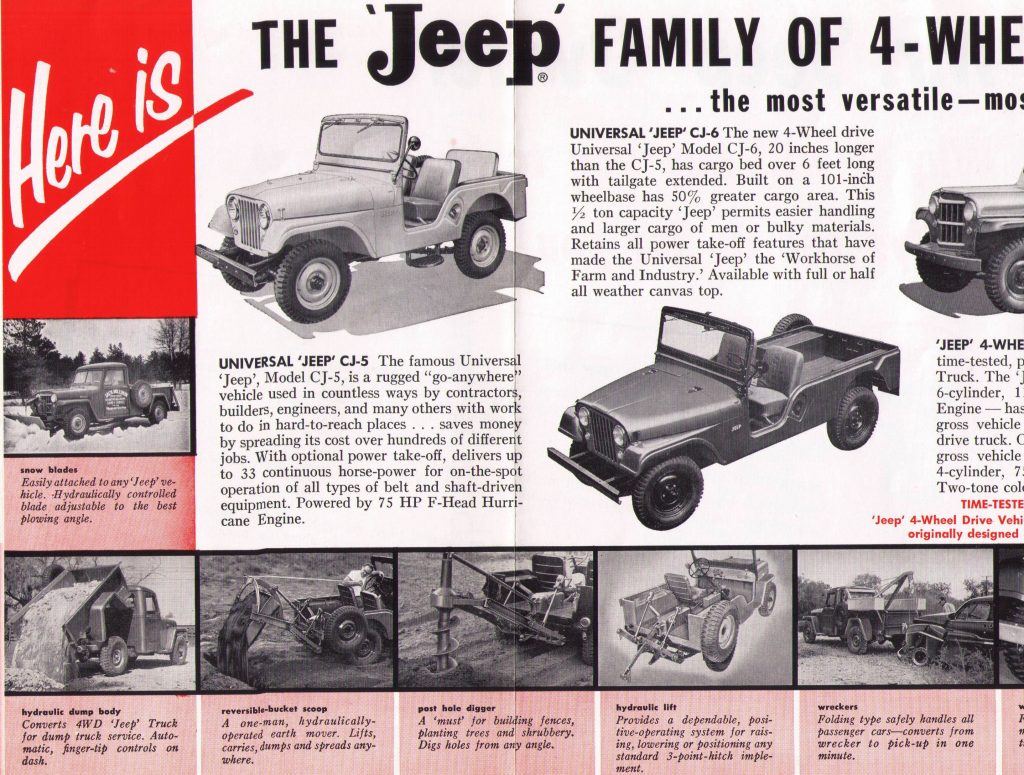 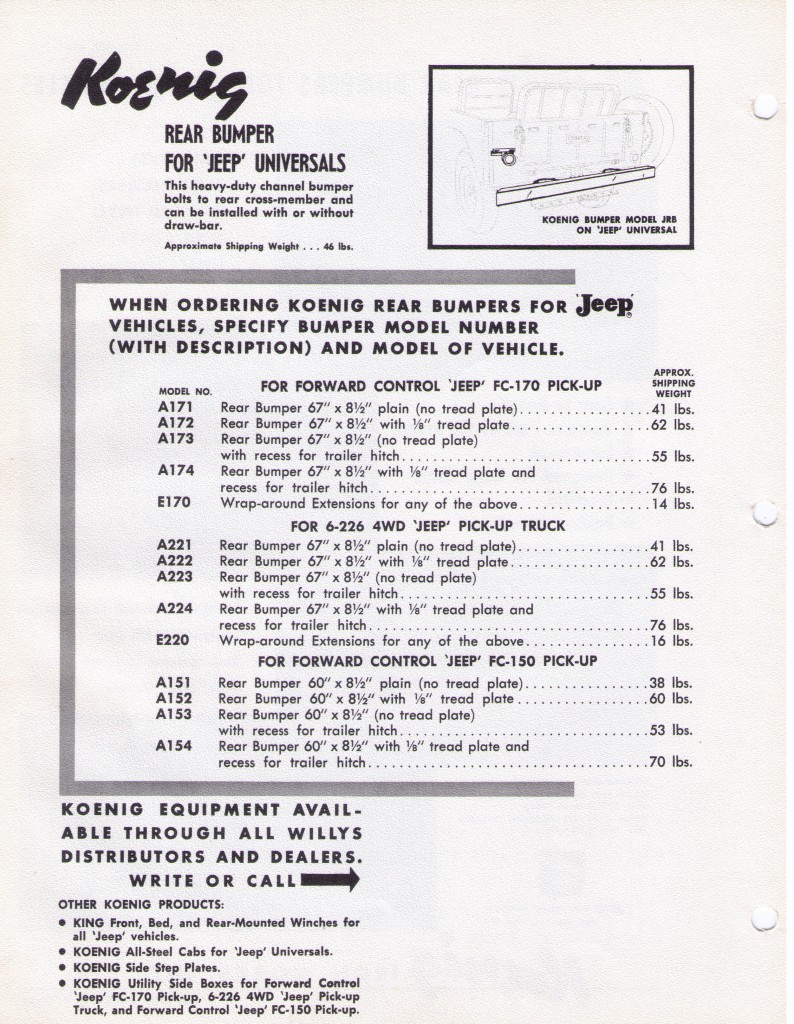 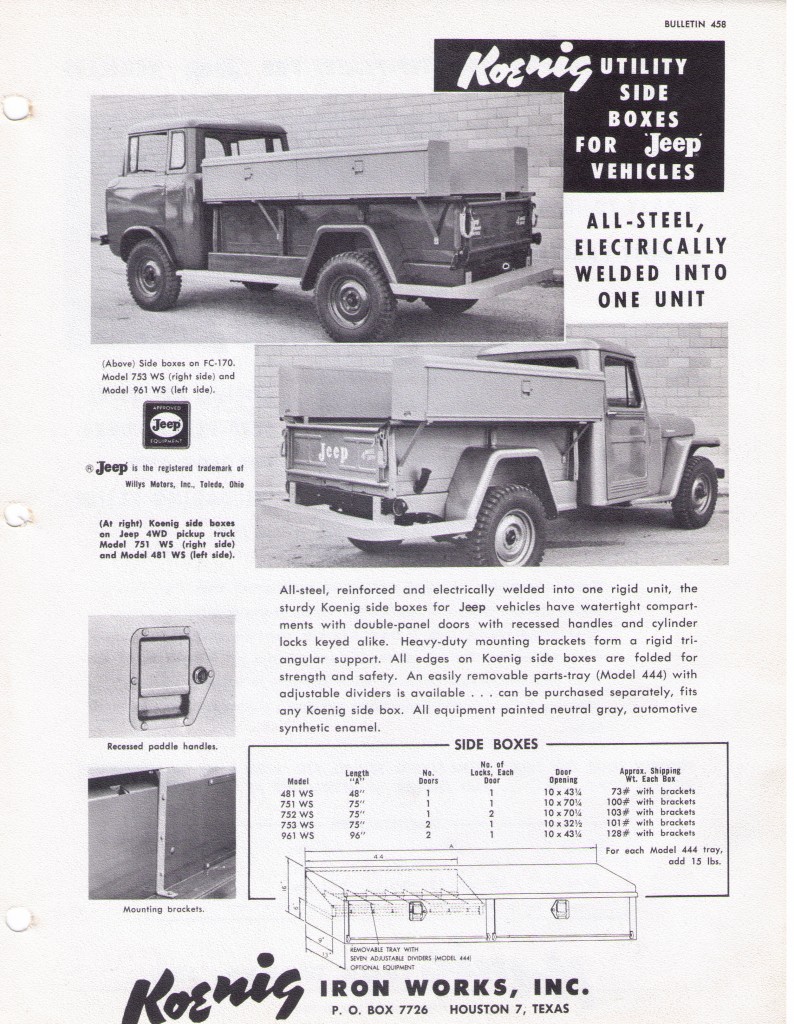 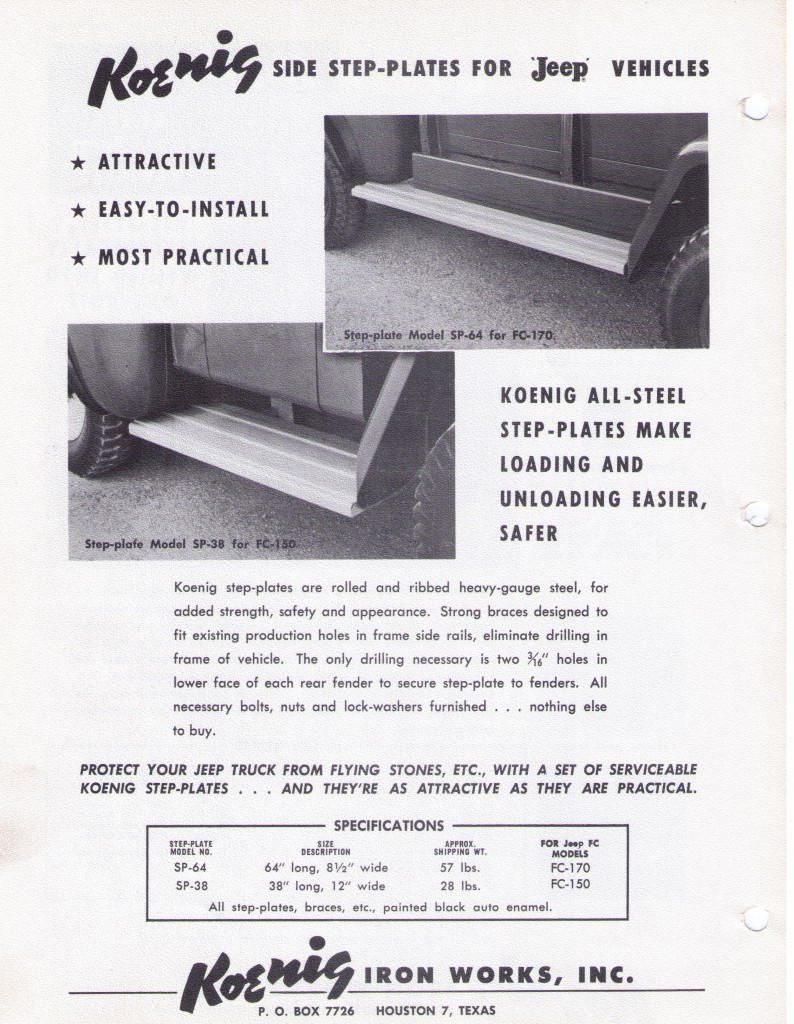 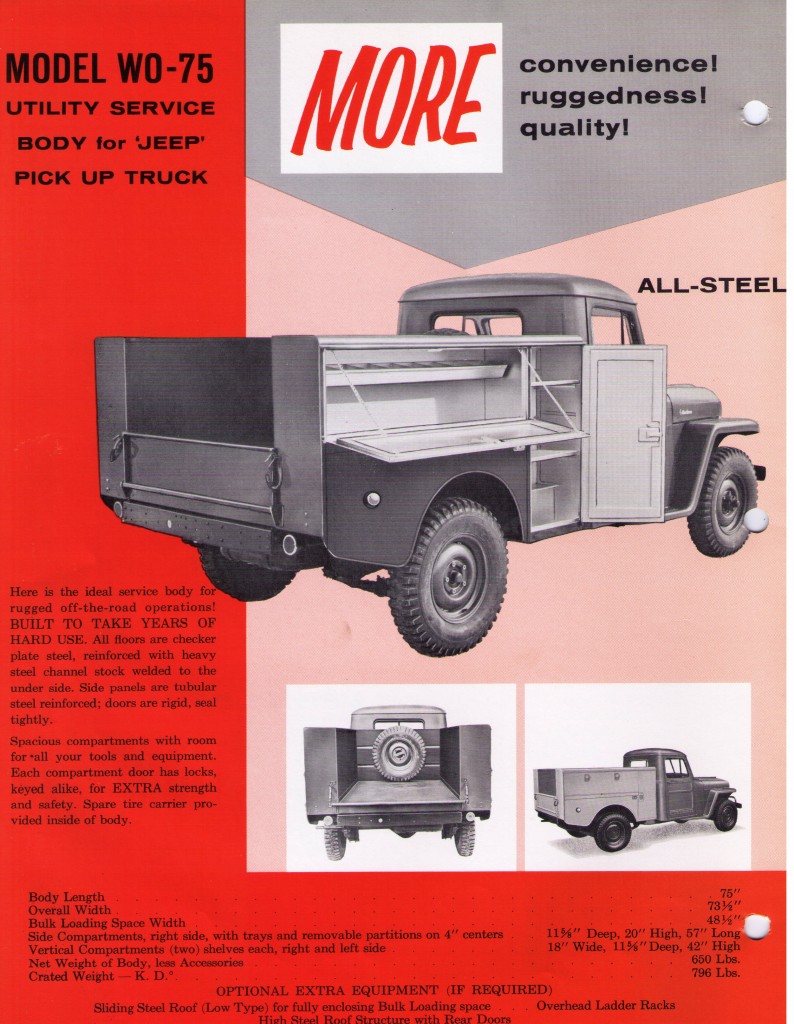 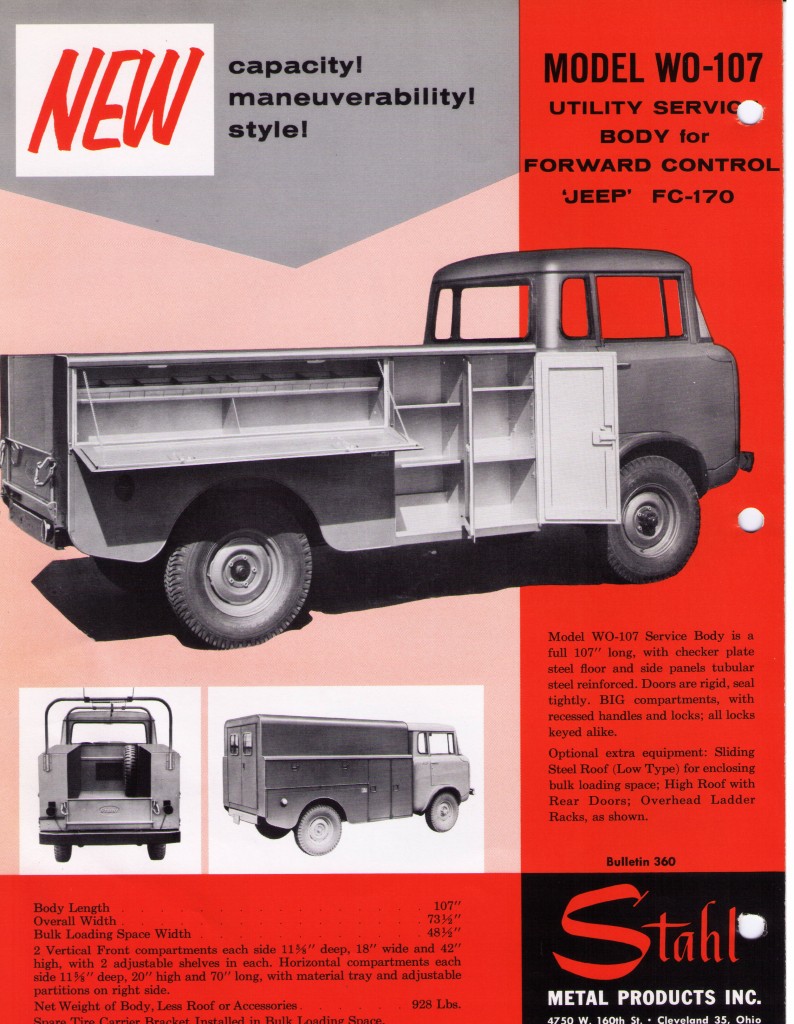 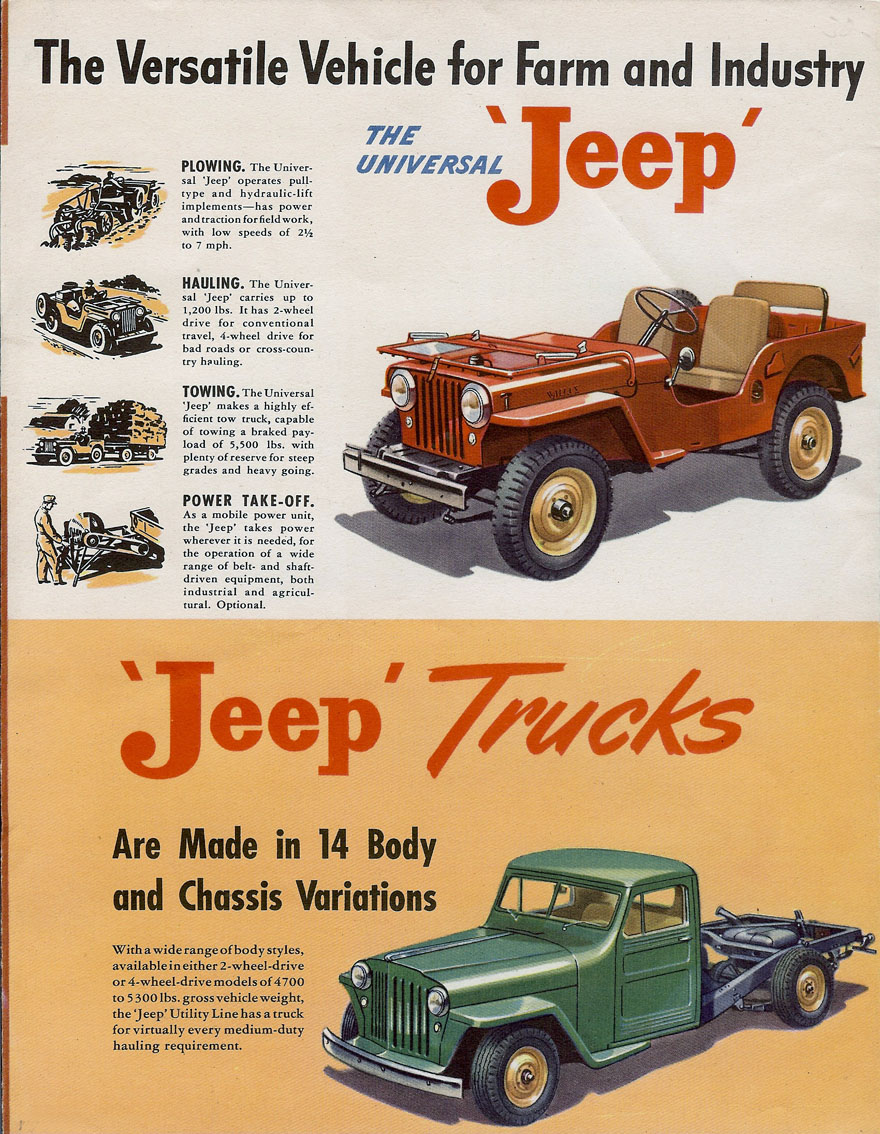