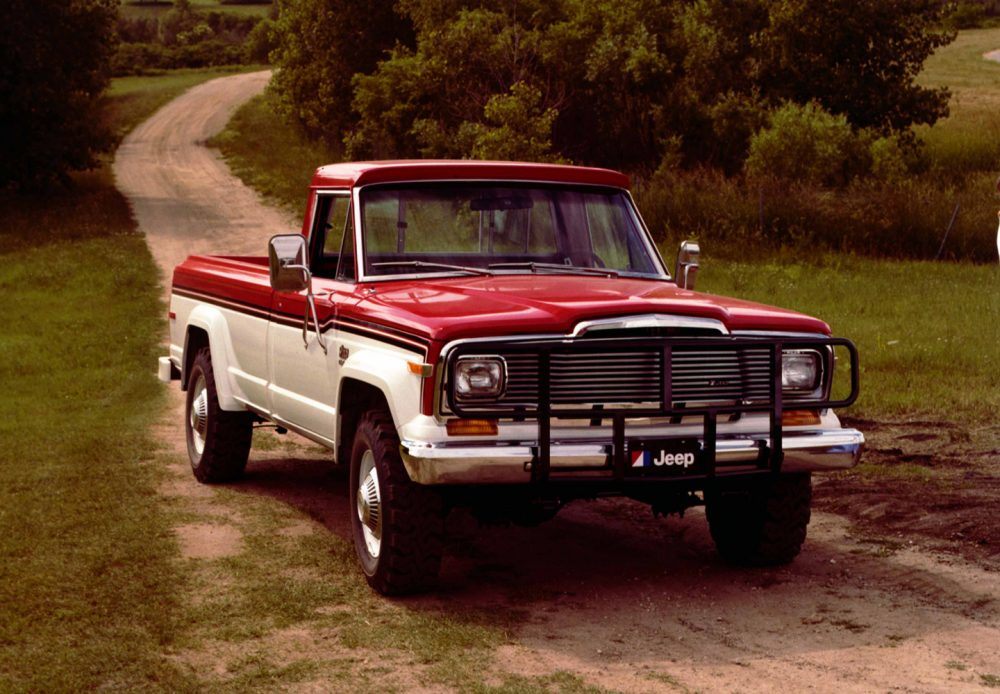 The model designations were simplified for 1974, with the J-2000 and the J-4000, which designate wheelbase, being swapped out for the J-10 and J-20, designating payload capacity. Larger brakes were made standard and the turning radius reduced. The Quadra-Trac system was now available with all engines.[1]

From 1981 to 1985 a rebodied version of the J-10 was built and sold as the Jeep CJ-10, featuring a CJ-like nose and cab, as well as a very boxy redesigned rear truck-bed, somewhat resembling that of a Land-Rover.

Chrysler bought out AMC in 1987. The full-size Jeep Pickup line was not only an aging model, but also competed directly with the broader range of Dodge trucks. Chrysler discontinued the full-size Jeep trucks, but continued to build the luxurious and highly profitable Grand Wagoneer, which shared the chassis with the large pickups. 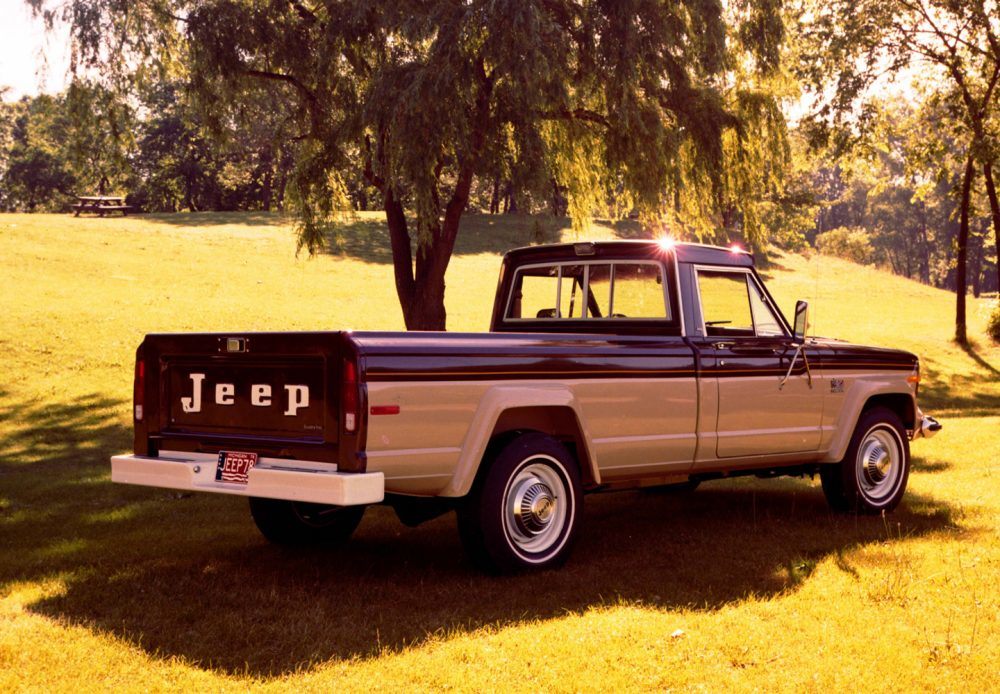 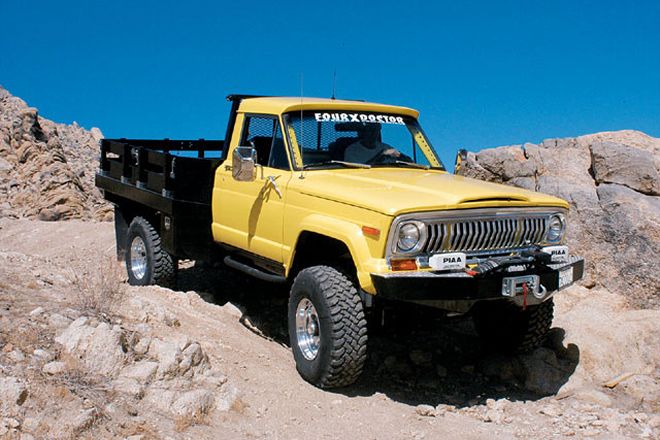 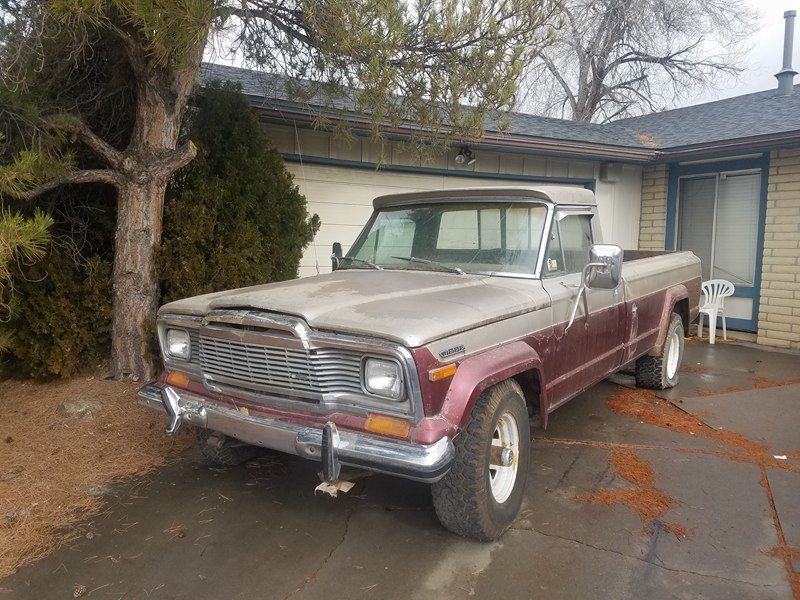